A Long, Tough Road from Foster Care to Ph.D. Studies

Cliches such as “the odds were against her” don’t even come close to telling Tyleen Caffrey’s story.

The “odds” included physical abuse as a child, placement with relatives, placement in foster care, back to an abusive home and back again to foster care while she was in high school. The odds also included doing research as a child to locate nearby soup kitchens so that she and her brothers could eat. 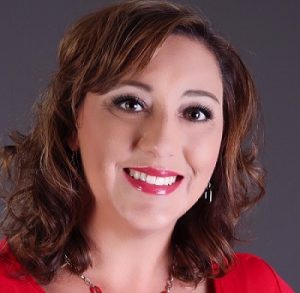 At one point in her troubled childhood at age 11, her mother – who was alcoholic and a drug abuser – moved the family to rural Missouri, where they lived in a converted chicken shack.

Today, the Kansas native is involved in academic research as a Ph.D. student in social work at Our Lady of the Lake University, a Hispanic serving institution (HSI) in San Antonio, Texas. She’s studying the effectiveness of online doctoral social work programs on first-generation undergraduate students who are underrepresented and underprepared for college.

OLLU’s Ph.D. in social work is a new online three-year program that brings the cohort to campus each summer for two weeks.

According to Casey Family Programs, which focuses on foster care and child welfare issues, only 2.5 percent of children who grow up in foster care graduate from a four-year college, compared to 24 percent of the general population.

And that makes Caffrey exceptional.

Her completion of two bachelor’s degrees and a master’s degree – and her current pursuit of the Ph.D. – attest to what she calls “a lot of persistence and resilience.”

While family turmoil often results in rebellious teenagers, Caffrey used that energy in a positive way. She rebelled against the words, “You can’t.”

“Any time somebody told me I couldn’t do something, it challenged me to not just do it, but do it better,” Caffrey said. “When they said, ‘You’ll never graduate high school,’ I said, ‘Watch me. Not only am I going to graduate, I’m going to go on to college.’”

Once Caffrey enrolled in Pittsburg State University in Kansas, she held a number of part-time jobs to pay her non-tuition expenses. Her tuition was covered by a music scholarship, which resulted from her achievements in high school as a trumpet player.

Because of her own upbringing, Caffrey welcomes opportunities to mentor and inspire young people, especially those who are struggling in school. She understands that they may have so many problems at home that they’re unable to focus on school and grades.

“I was not an ‘A’ student, but I wasn’t an ‘F’ student, either,” she noted. “I was a good student until about sophomore year, when I was struggling at home and then went into foster care and bounced back and forth.”

After earning bachelor’s degrees in social work and music, Caffrey received her MSW at the University of Southern Mississippi and practiced social work in the Family Advocacy Program at Cannon Air Force Base. Her husband, Ed Caffrey, is a retired master sergeant and a graduate student.

Caffrey, who has held several positions in social work in the military and child welfare agencies, is an instructor at East New Mexico University while pursuing her doctorate.

One of her most uncommon endeavors stems from her personal background and her career. She operates Monarch Formals, a nonprofit agency that provides formal attire for people who couldn’t otherwise afford it. It was inspired by her experience as a teen when her foster mother, a seamstress, made her a prom dress.

Years later, as president of the Student Association of Social Workers while in graduate school at Southern Miss, Caffrey started a project that collected hundreds of prom dresses and garnered $2,500 in financial donations.

That effort was so successful that she expanded into two Monarch Formals locations, one in Kansas and the other in New Mexico.

Caffrey’s personal struggle, along with her community service and scholarship, revealed a”resilience and perseverance” that made her an ideal candidate for OLLU’s Ph.D. in social work, said program director Dr. Rebecca Gomez.

“The program has the intent to not only recruit underrepresented students, but to prepare students to serve in minority serving institutions,” said Gomez, adding that OLLU is an HSI “that has always sought to provide access to education to those who may not traditionally have access.”

“For social work, it is a unique program,” Gomez said, noting that the 12-student cohort is a bit of an anomaly for social work Ph.D. programs, which average five or six students.

The program has 40 applications for next year’s cohort, which begins in June, she said.

For Caffrey, who said she “cried and screamed” when she learned she was admitted into the program, the acceptance was another step toward her goal of teaching the next generation of social workers – and “pioneering research that will aid and develop online social work curricula to meet the needs of underrepresented social work students.”