Amid budget cuts to Alaska’s public universities, the newly appointed director of Kodiak College has resigned.

After a month-long search, Jessica Paugh was selected in May and was scheduled to start her tenure Aug. 12. 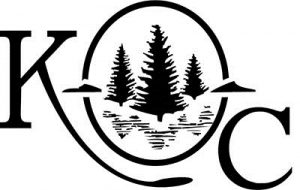 In June, according to Anchorage Daily News, Republican Gov. Mike Dunleavy vetoed line items equaling $444 million in reductions to Alaska’s operating budget. He also vetoed $130 million in state funding for the university system on top of a $5 million reduction by the Legislature. Additionally, legislature has approved a bill restoring $110 million in funding to the university.

To prepare for the budget cuts, the school decreased their spending in many areas including staff hiring and office supplies, Anchorage Daily News reported.

“I have spent days agonizing over this decision and, in light of the unprecedented drastic budget constraints and pending changes to the university, I cannot uproot my life to come to Alaska with a very bleak future ahead,” Paugh wrote in an email to the college.

The college has not yet started the search for her replacement.