The University of Idaho has announced Terry Gawlik as its first female athletic director, according to a story in the Rome News-Tribune. 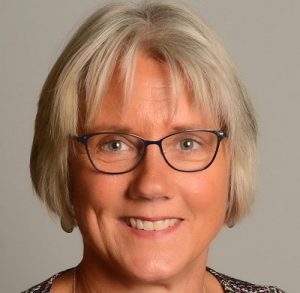 Gawlik will take over Sept. 1 as the first woman to hold the position in the school’s history. She was among 59 applicants and five finalists, according to university officials.

The Idaho State Board of Education voted to approve Gawlik’s five-year contract Wednesday for $200,000 annually, with up to $55,000 more in incentives.

She worked at the University of Wisconsin in various positions dating back to 1994, including assistant athletics director and deputy Title IX coordinator and senior associate athletic director for sports administration.

Gawlik, 60, earned a bachelor’s degree at Southwestern University and a master’s degree in physical education and educational administration at Texas State University. She played basketball and volleyball and coached those same sports at three Texas colleges.

At a news conference Wednesday presenting Gawlik, UI president Dr. C. Scott Green cited her 25 years in athletics administration, her oversight of 10 sports and 400 student-athletes at Wisconsin and the facts that she has chaired NCAA committees, is widely known and well-regarded among college athletics personnel, is an expert in Title IX compliance and has a reputation for integrity, The Spokesman-Review reported.

Green said Gawlik “checked every box we were looking for, including looking forward very much to living in the state of Idaho.”