Since the early 1980s, when transplant surgeon Dr. Clive Callender began addressing the issues that kept African-Americans from being organ donors, he has seen the rate of organ donation increase significantly. 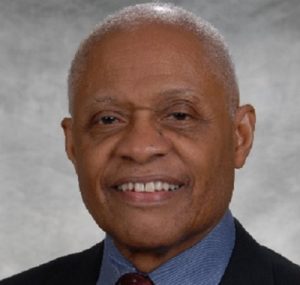 In the recently published paper, “Expanding the journey of saving lives,” Callender and co-author Dr. Patrice V. Miles examined how the increase has been achieved and how other minority populations can use similar means to bring about increases.

“Sixty percent of the people who are on the transplant waiting list are minorities,” said Callender, who has worked at Howard University Hospital since 1973 and helped develop the first minority-directed dialysis and transplant center in the United States.

“Minorities are predisposed to excessive rates of high blood pressure and diabetes,” said Callender. “It’s for that reason why it’s very important for us to become part of the solution. The number-one problem in transplantation today is the shortage of donors.”

Callender is a professor of surgery at Howard University College of Medicine, and among his former students is Howard’s current president, Dr. Wayne A.I. Frederick.

In the late 1970s, the data showed 80 percent of the organs received at Howard University Hospital, which served predominantly African-American patients, came from White donors. Callender wanted to find out why there was such a reluctance among Black people to become donors when the need was so great.

“We recognized we had put together a way in which we could unravel and answer the question as to why they wouldn’t become donors and change their behavior,” said Callender. “In spite of the fact that when we started this effort people said that Blacks would never become part of the solution, would never become donors, the opposite happened. This helped us to realize we could use African-Americans as role models.”

Dr. Lewis Teperman, director of organ transplantation for Northwell Health – which has 23 hospitals – said there are considerable differences from state to state in the percentage of the population who have agreed to be organ donors. In addition to work within communities, organ donations can also be increased by states making the donation process simpler, he said. 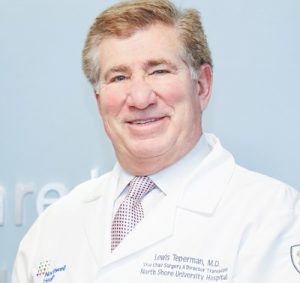 Healthcare systems can also be advocates. Northwell has developed several initiatives to encourage organ donation, Teperman said, and he recently made an organ-donation video for police departments with a priest, a rabbi and an imam.

“There are myths about organ donation,” said Teperman. “One is if you’re shot and you’re in the emergency room, the doctor is not going to save you, but they’re going to use your organs. Of course, nothing could be further from the truth. But there were some policemen that were concerned about that. So, I made the video…about how it is important.”

As noted in “Expanding the journey of saving lives,” the combination of face-to-face interactions with a multimedia campaign led to increased and sustained donation rates. Not everyone has access to the internet, so it is not sufficient to rely on social media, Callender said.

MOTTEP works with a diverse range of communities to increase organ donations, and changes in donation rates before and after presentations have been documented.

While it is essential to heighten awareness with National Minority Donor Awareness Week this month, Callender said, it’s also important to go from “awareness to action to accountability.” He works to help people change their behaviors so that the need for transplants decreases.

“This is a time in which we have to become a greater part of the solution than we have been in the past,” he said. “We tried to increase and change healthy lifestyles so we could address the prime causes of end-stage renal disease, hypertension and diabetes.”

Callender’s approach to increasing the number of donors through grassroots efforts and multimedia adapts to decreasing the number of people who need transplants by addressing issues and behaviors that can lead someone to need a transplant. MOTTEP created the campaign “Love Yourself, Take Care of Yourself,” that promoted disease prevention. It also developed “Triple-A Care of Yourself,” which promoted awareness, action and accountability.

“Of course, here at Howard University we talk to our students about MOTTEP and how important it is to understand what our role is to be in this situation,” said Callender.

Recently, Callender increased efforts in raising awareness on live donations of organs and tissue, including kidneys, livers and bone marrow.

“The most common is the kidney because most of us have two kidneys,” Callender said. “With bone marrow, the need for identical donors is great. That is the one transplant where ethnicity plays a role. The more genetically similar you are to somebody, the more likely the transplant is to work.”

Northwell recently launched a liver transplant program, and he anticipates in approximately a year they will begin working with live donations, where surgeons remove approximately half the liver of the donor and the donor’s liver regenerates over time.

“Our emphasis in 2019 is to encourage live donation,” said Callender. “After transplantation with live donors, the success rate is between 10 to 20 percent better and there are longer successful outcomes.”