In writing about Black students at historically Black colleges and universities (HBCUs), we have often encouraged scholars to be more intentional about focusing on the experiences of this demographic group at HBCUs. 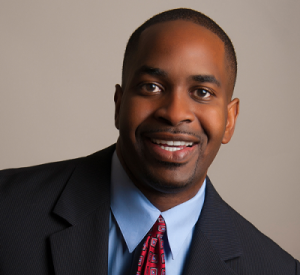 Nevertheless, there is an equally compelling reason why scholars ought to be more intentional about exploring the experiences of Black HBCU students without the comparative aspects of their same-race peers of Black students at HBCUs versus PWIs. While popular in the scholarly literature, this approach seems to unintentionally perpetuate and validate the notion of White supremacy. In other words, this method of inquiry places the European norms and culture, which is the campus milieu of the PWI, as the standard by which we have sought to measure the extent to which HBCUs serve Black students.

Without a doubt, scholars who have anchored their work in this approach have provided rich insight into our understanding of how Black colleges and universities serve and benefit Black students. Specifically, their research, using the comparative experiences of Black collegians at HBCUs and PWIs, have helped to shine a bright light on the vital role HBCUs play in providing a supportive, racially affirming environment that allows Black students to grow holistically and to maximize their full potential.

Nevertheless, instead of examining the experiences and outcomes of Black students at PWIs against their peers at HBCUs, perhaps researchers might consider the follow recommendations.

First, as interest abounds in how best to retain Black students in higher education, perhaps researchers should examine what lessons can be learned from postsecondary institutions – be they HBCUs or PWIs — to best support the success of Black collegians.

In an edited book released nearly 10 years ago, Black Men in College: HBCUs and Beyond, Dr. J. Luke Wood and the first author of this article pondered this question. In fact, in the last chapter of the book, we conducted a thematic analysis of the chapters and provided a set of best practices of what HBCUs and other institutions could do to best facilitate the retention and persistence of their Black students. 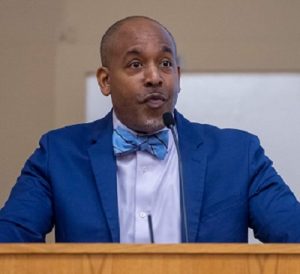 Similarly, along these lines, scholars might also conduct in-depth case studies of colleges and universities that have shown above-average success at graduating Black collegians or promoting their campus engagement.

An example of this would mirror George Kuh’s Project DEEP (i.e., Documenting Educational Effective Practices), in which he and a team of researchers conducted case studies across multiple types of institutions (i.e., private, public, large research universities, undergraduate-focused colleges, HBCUs and Hispanic-Serving Institutions) that had higher-than-predicted scores on the National Survey of Student Engagement. In total, they visited 20 schools and published their findings in a variety of scholarly outlets, including a book – Student Success in College: Creating Conditions that Matter – in order to make them as accessible as possible.

Aspirational capital focuses on hopes and dreams for the future while linguistic capital recognizes that students arrive on campus from communities with rich languages and communication styles.

HBCUs have excelled at encouraging first-generation students from underserved and marginalized communities to “think big.” The environment is centered within Black cultural norms that allow new arrivals to aspire to be great. This is why HBCUs educate so many future engineers, physicians, teachers and scientists. For example, despite its small size, Xavier University in Louisiana produces a higher percentage of future healthcare workers in comparison to much larger institutions. Further, students throughout the diaspora enter HBCUs free to “code switch” and use various other linguistic styles without facing backlash.

Additionally, familial and social capital are essential elements of the HBCU experience. For instance, familial capital allows students to develop strong peer-to-peer bonds and allows them to forge faculty and administrator relationships that may not exist at other postsecondary institutions. Students can turn to adults or friends with similarly lived experiences during difficult times. In contrast to other colleges, students from various socioeconomic backgrounds can develop social capital, which could propel their careers and develop relationships that last a lifetime. These students also establish bonds that are reaffirmed annually at events including homecoming.

While HBCU students do not have to navigate racially hostile environments, they are taught to recognize and address social and workplace stressors that could negatively impact their productivity. Faculty members utilize case studies and other scenarios to help students understand the importance of navigational capital. In addition, students learn how to become adept at recognizing problems before they occur.

Lastly, resistant capital is rooted in HBCUs’ important role in challenging White supremacy. Since their founding, HBCUs, including North Carolina A&T University, among others, have used student sit-ins to challenge Jim Crow policies. Students that attend HBCUs are taught the important role alumni such as Ella Baker, Dr. Martin Luther King, Jr. and Kwame Ture played in fighting against systems of oppression.

Considering the current political climate and the vital role HBCUs play in higher education, it is time for a paradigm shift. Scholars should not feel compelled to measure HBCUs’ success by concepts that are centered within anti-Blackness.

It is important to note we are not attempting to reignite the PWI vs. HBCU discussion. However, we are asking researchers and other stakeholders to center their work within asset-based frameworks and identify approaches at all institutions that lead to the success of Black students.

HBCUs are a critical piece of the higher education pipeline. For this reason, we must challenge traditional approaches to ensure their success. Finally, the recommendations are a starting point and we hope to expand on these concepts in the future.

Dr. Robert T. Palmer is chair and associate professor for the Department of Educational Leadership and Policy Studies at Howard University. His research examines HBCUs, student outcomes and success, and leadership. You can follow him on Twitter @RobertTPalmer

Dr. Larry J. Walker is an assistant professor at the University of Central Florida. His research focuses on leadership, race and policy. You can follow him on Twitter @LarryJWalker2

Why is Black Excellence so Important?