King: New Face at the US Education Department - Higher Education

King: New Face at the US Education Department

The U.S. Senate recently con­firmed Robert “Bob” King as assistant secretary for postsecondary education after his nomination in February by President Trump. The impact King’s appointment will have on diversity in higher education remains an open question.

King is a new player on the national stage. However, his tenure as president of the Kentucky Council on Postsecondary Education might offer some clues, some say. 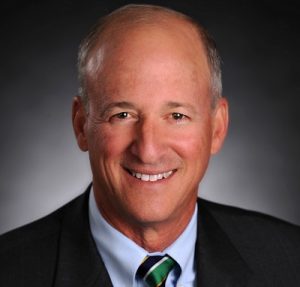 When King came to Kentucky in 2009, Dr. Mary Evans Sias, the former president of Kentucky State University, felt some trepidation as a leader of the state’s only historically Black college. She heard tuition rose when King was chancellor of the State University of New York system (SUNY).

It was true. During his ­five-year tenure as chancellor, tuition on SUNY campuses increased by 28 percent, according to the New York Times. King, an attorney by training, previously served in the New York governor’s office as budget director and director of the Office of Regulatory Reform, roles that critics argued left him mindful of the governor’s budget at students’ expense.

Sias now serves as the director of the Millennium Leadership Initiative and assistant to the president at the American Association of State Colleges and Universities. Ultimately, she reflects positively on her six years of work with King. They didn’t always agree, she says, but she found him to be a good listener, a data wonk and “an advocate for effective and sound policy.”

“One of the ­first conversations we had was about the fact that historically Black colleges and minority serving institutions were not a part of his history and the institutions he had governed,” she says. “He worked well with us, I thought.”

She said he encouraged Kentucky State University to work with community colleges to create smoother transitions for transfer students. He created standards for education programs to ensure quality training for teachers and principals. And, despite her concerns, undergraduate tuition actually went down.

King and Sias had heated arguments. It wasn’t “all rosy,” she says. Sias debated with King about his use of outcome-based models to determine funding for Kentucky schools. She felt strongly that it didn’t make sense to use “one model where you held everybody to the same standard without understanding that we weren’t educating exactly the same students who started at the same place.”

Sometimes, when Sias disagreed with a decision King made, she would call up his office and ask to meet with him by the end of the day. “He never said no,” she says. “There were days when we agreed, and there were days we agreed to disagree. But through all that time, he listened.”

Sias is alarmed by some of the policies coming out of the Department of Education, but she’s “expectant and hopeful” that King will prioritize the needs of low-income students and students of color as someone attentive to data. She hopes he’ll be “a champion for federal investments in the institutions that will educate the largest number of underserved students in this country, many of whom are students of color,” she says.

King himself takes pride in his legacy in Kentucky. In a written response to Diverse, King says his time there taught him “how aligning policies, strategies, metrics and funding can accelerate not just enrollment of minority students, but more importantly, their success rates” for earning degrees.

His team “modernized the state funding model for public institutions to focus on student outcomes,” he adds.

Granted, according to King, it’s not the Department of Education’s job to improve minority student outcomes. That’s on colleges and universities, he says, but federal grant programs can help schools support these students and bolster best practices.

“One shortcoming of our programs is that they incentivize institutions to constantly invent new interventions rather than learn from other institutions and take promising practices by others to scale,” King says. “We need to do more to disseminate information about effective practices, and then encourage other institutions to participate in activities that test them at large scale.”

King’s new role will be an important one. The assistant secretary of postsecondary education has a voice in higher education policy on federal financial aid. He also oversees three official program areas: the Department of Education’s Office of Postsecondary Education, Higher Education Programs, International and Foreign Language Education, and Policy, Planning and Innovation. This means he oversees a variety of programs that impact underrepresented groups, including GEAR UP, a discretionary grant program for low-income students, and TRIO, a series of programs geared at low-income students, first-generation students, and students with disabilities.

Dr. Natalie Gibson agrees that King is up to the task. She also found King encouraging of “collaboration” and “accountability” in his work with community colleges. Gibson is the system director for cultural diversity at the Kentucky Community and Technical College System and served in that position throughout King’s nine-year tenure.

What stood out to her about King’s legacy was the statewide diversity policy put in place during his time in Kentucky. The policy “created a structure of accountability and expectation for our institution,” she says, and created guidelines for the community college system “to build upon the open access mission we live and breathe every day.”

Under his leadership, she felt “students experienced working and learning environments on campuses that were open and accessible, where students could feel like they belonged on campus and where they could actually be successful.”

Dr. M. Christopher Brown II, Kentucky State’s current president, described King as a “strategist and a planner.” He says the cornerstone of King’s legacy in Kentucky is “Stronger by Degrees,” a detailed set of metrics for measuring the success of Kentucky’s higher learning institutions, including all sorts of benchmarks for 2030. He worked with King for two years and says he still uses these standards to track the university’s progress — which counties it serves, how many STEM majors it graduates, and more.

While King is new to national politics, Brown sees “many parallels between the Commonwealth and the national ethos,” including some of its key players like Senate Majority Leader Mitch McConnell. He thinks King can navigate the personalities on Capitol Hill but also bring “front-line experience in campus management” and the needs of students and faculty to the position. 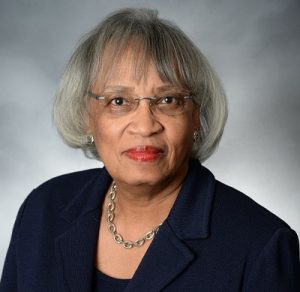 Not everyone feels as optimistic, and King’s road to the Department of Education wasn’t without bumps. Sen. Elizabeth Warren and other Democratic senators on the Health, Education, Labor, and Pensions Committee called for a Senate hearing to vet King about his policy plans in a letter to Sen. Lamar Alexander, the committee’s chair, and Sen. Patty Murray, the committee’s ranking member. Warren also submitted a list of 60 questions for the record that she wanted King to answer.

In their letter, Warren and her colleagues wrote that amid rising student debt and challenges to higher education access, the Senate needed to confirm someone “with a specific and compelling vision for the role the Department should play in helping Americans struggling with student loan debt and making college more affordable, accessible, and accountable to students and taxpayers, and safe for all students.”

King was ultimately confirmed by a 56 to 37 vote. Only three Democrats voted in favor.

Brown, however, pushes back on critiques of King, namely that King might ease up on predatory for-profits that attract at-risk students, a recurring concern in the list of questions Warren posed. The Department of Education recently caused an uproar by repealing the gainful employment rule, which penalized schools with high numbers of students unable to pay off their debts.

King says the Department of Education won’t use “one-size-fits-all metrics” but intends to protect students from low-quality institutions by giving accreditors more flexibility to set standards for different kinds of schools and by expanding the College Scorecard to include program-level debt and earnings data.

There are student advocates who argue that these plans can’t substitute for federal regulations, leaving students vulnerable to fraudulent for-profits.

There are student advocates who argue that these plans can’t substitute for federal regulations, leaving students vulnerable to fraudulent for-profits. But Brown says “for-profit” is often used as a catch-all term, and he has faith King can set clear definitions that determine program quality, for students of color or anyone else.

King’s position on the issue was unclear in his written responses to Warren. But Brown argues “for-profit” is often used as a catch-all term, and King can set clear definitions for what makes a school low quality, for students of color or anyone else.

Brown says he wants to see the higher education industry address inequity, but it has to happen after it answers key questions about “the nexus of education and the workforce,” like, “What should colleges produce? How many members of each of the various segments of the workforce do we really need? How do we support that financially to make sure we’re getting that outcome?”

“He brings a very structured discipline and approach to the work,” Brown says. “I think Bob is probably one of the best, if not the best, prepared in the nation to do this job.”

This article appeared in the Aug. 8 issue of Diverse. Sara Weissman can be reached at sweissman@diverseeducation.com.

Preparing for a New Day