For those of us who have savored Toni Morrison’s writing, teaching and speaking about language, literature, life and living for the past five decades, her death is a profound loss. From her days as an editor at Random House to the 11 novels she wrote, to her most recent collection of nonfiction essays The Source of Self-Regard, Morrison deftly and unapologetically interrogated American identity through the complex lens of the African-American experience. 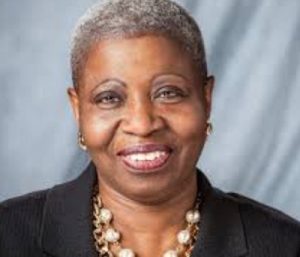 She insisted that doing so was the most vital thing she could do, and she boldly did so with extraordinary power and authority. Her fiction and nonfiction reminded us not only of the traumas of enslavement and all forms of oppression, but also of all the ways in which Black people have survived and thrived. From The Bluest Eye to Beloved, from the essay “Home” to the Origin of Others in which she explores the human propensity to “identify an outsider in order to define one’s self,” Morrison has helped us confront the difficult truths about our racial past and the ways in which efforts to avoid those truths have hindered justice and equality.

Born in Akron, not far from Morrison’s hometown of Lorain, Ohio, I recall reading and teaching her first two novels The Bluest Eye (1970) and Sula (1973) to adult education students from Harlem while I was still an undergraduate English major at Barnard College in the 70s. At that young age, I remember thinking, I know this woman and she knows me! I began appreciating, even then, that she was never writing to explain Black people to White people or anyone else. Telling the truth and being unconcerned about the White gaze is what gave her writing its unflinching artistic political power. Recognizing that our history, experiences and realities of African-American life had been regarded, as she once said, as “discredited knowledge,” I relished every word she wrote, and would sometimes put her books down, just to shout, “Yes, write Toni, write!” She says she wrote to leave “spaces for the reader to come into the text,” knowing better than most that the nuanced properties of language and storytelling would make room for readers regardless of socially defined markers of difference.

Toni Morrison left such an impression on me that her work has been the primary subject of my teaching, writing and scholarship for over 40 years. After writing my dissertation on her, I later published one of the first cross-cultural books on her work. Later, I began the practice of beginning every class, regardless of the topic, by having my students listen to and or read her Nobel lecture because I want them to understand her assertion that “narrative is radical, creating us at the moment it is being created” and that the care we take with language and its “nuanced properties” is in our hands. I include “Recitatif,” her only short story, in diversity and social justice courses because I want my students to get caught in the narrative trap Morrison sets to foreground the paradoxes of racialized thinking in American culture and society. In fact, completing the book I began writing about her work on “spaces for the reader” just took on a whole new sense of urgency since her death.

When another Morrison scholar, Dr. Carolyn Denard, invited a handful of fellow scholars to found the Toni Morrison Society in May of 1993, months before Morrison had even received the Nobel Prize, we immediately organized to make it happen. From a professional perspective, when people ask me did I know Morrison personally, my answer is an unequivocal “yes” because beyond teaching and writing about her work, serving as a founding member of the society, as former president and as a former advisory board member gave me the privilege of joining fellow scholars and readers from all walks of life in the United States and around the world in dialogue with Morrison’s work. Over the years, Morrison attended our biennial conferences, participated in some of our “Bench by the Road” ceremonies, dedicated to remembering the legacy of slavery, and she even allowed the society to host her 70th birthday celebration at the New York Public Library back in 2001.

Indeed, the society provided a space of proximity and presence for the community of readers to get to know Morrison as an artist and intellectual in ways they otherwise might not have known her.

In recent years, my work at the intersection of being both a faculty member and senior diversity officer has led me to focus on Morrison’s nonfiction. In the essay “Home” (first given as a lecture at Princeton in 1994 and later published in the collection The House That Race Built in 1998), she shares that she was taking on a new, increasingly difficult project of trying to demonstrate in writing simultaneously how race matters and does not matter. She explained that she wanted to take that knowledge to a new place altogether and imagine her identity and the notion of home as a space that is both “snug” and “wide open.” In other words, she imagined home as that space that provides a “sense of belonging” and unadulterated freedom at the same time.

Though I would never claim to be in her inner circle of friends, I was grateful to have known her well enough to regard her as a “friend of my mind” (to quote Paul D from Beloved) where I felt a sense of belonging and freedom in her presence. Over the past decade, I have celebrated her birthday by hosting a read-in on my campus at Case Western Reserve University for students, faculty, staff and community members to read their favorite passages of her work and celebrate what she has meant to us. Reading her work in gatherings around the nation and the world is the way we can all honor her life and legacy in the weeks and months to come.

Her death is clearly a time to mourn, but it is also a time to celebrate how miraculously and brilliantly she dominated the arts, humanities and literary world with her presence and her magnificent command of language and storytelling. When she wrote, we read and when she spoke, we listened, knowing we would be enriched just for having been in the presence of her “dancing mind,” to invoke the title of one of her essays.

When the Toni Morrison Society visited the Louvre in Paris in 2006 to see “The Foreigner’s Home” exhibit for which Morrison was the guest curator, and when she joined us in Paris in 2010 for the sixth biennial conference, we learned on both occasions that the young people of Paris regard her as a rock star! The wall mural they unveiled and the spoken word poetry they performed confirmed for the gathering of scholars, professors, critics and readers from around the world the depth and breadth of her reach.

Back in April when I saw “Toni Morrison: The Pieces I Am” at the Cleveland Film Festival, I immediately called her to share how much I loved it. During our chat, she invited me to visit her at her home. Though I was thrilled by the opportunity to reconnect, such a visit was not meant to be.

At this moment of profound sadness, many of us feel a profound sense of gratitude that she shared the beauty of her imagination, the extraordinary power of her facility with language and narrative, and the depth of her love for humanity with us for as long as she did. After I dried my tears on Tuesday, I called Sonia Sanchez to remind her we can take solace that “Toni is dancing with the ancestors!”

For all that she gave on every page, in every lecture and in every gathering, we say thank you, Toni Morrison! The impact you have left on the American soul and our own will be with us always. Now the work of passing it on is in our hands.

Dr. Marilyn Mobley is a professor of English and African American Studies at Case Western Reserve University and a founding member and former president of the Toni Morrison Society.