For Dr. Yvette Pearson, an associate dean in Rice University’s Brown School of Engineering, the award of a $2.66-million National Science Foundation grant to Rice and two other Houston institutions means that other scholars may not have to experience some of the difficulties she faced early in her career. 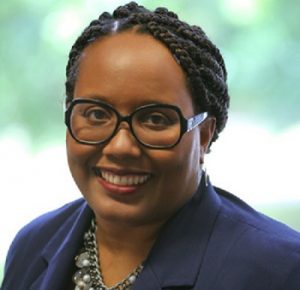 Pearson, a co-investigator on the grant announced this week, is among the few African-American women faculty in engineering disciplines.

“Right now, according to the most recent numbers I’ve seen, only about five percent of engineering faculty are underrepresented minorities and – looking at the demographics of this country — that percentage needs to be much higher,” Pearson said.

The award is part of the NSF’s Alliances for Graduate Education and the Professoriate (AGEP) program, which seeks to “improve pathways to the professoriate and [to] success for historically underrepresented minority doctoral students, postdoctoral fellows and faculty” in STEM disciplines, according to the NSF.

The funds are to be provided over a five-year period to Rice, Texas Southern (TSU) and the University of Houston in an effort to increase the number of underrepresented minorities pursuing academic careers in engineering and science, specifically for those in data engineering and data science disciplines.

The grant will fund a project to be called AGEP STRIDES (Strengthening Training and Resources for Inclusion in Data Engineering and Sciences).

He said a cohort will be selected from advanced doctoral students who show an interest in pursuing careers in academia.

DesRoches, dean of Rice’s School of Engineering, said graduate students and faculty from all three institutions will be involved.

“The students that will be a part of this program can be from any one of the three universities,” DesRoches said, explaining that the cohort will participate in enrichment activities and programs together and that locations will rotate among the three schools. 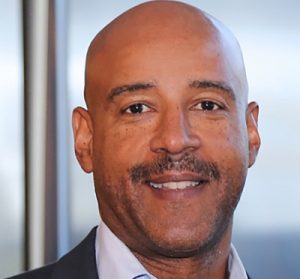 “The idea is that this will truly be a joint effort,” he said, adding that a support network that includes mentors for each of the students is included.

“This project award arrives at the right time,” said Dr. Wei Wayne Li, director of the NSF Center for Research on Complex Networks based at Texas Southern University, an HBCU. He noted that the nation is facing a STEM achievement gap between underrepresented minority students and those who are not underrepresented.

One of the other project leaders, Dr. Pradeep Sharma, the M.D. Anderson Professor and chair of the mechanical engineering department at the University of Houston, detailed some of the project’s queries.

“The questions we are trying to answer are: How can we best support people from underrepresented groups to enter and thrive in academia? What tools and resources can we provide for them to make the most of their own potential and the opportunities out there?”

Sharma was referring to one of the components of the project, a research investigation to identify factors that help and hinder underrepresented minorities as they apply for faculty positions.

According to Pearson, the project also will probe “systemic barriers and roadblocks” that affect hiring practices for STEM faculty.

“I’m an African-American woman and I’ve been in academia for about 24 years,” Pearson said. “I remember sitting in faculty meetings and expressing an idea that was ignored, and a few minutes later a man says the exact same thing — and all of a sudden it’s brilliant!”

Pearson also recalled being “treated unfairly in a promotion process and held to a different standard than others.”

She said former students and early-career faculty members that she mentors today “encounter many challenges and roadblocks to their success that their peers do not face. While a lot has changed since I started my career, we still have a long way to go, and programs like AGEP are key to driving the change we need.”

Advocate of Business Education for Minorities Extends Reach to Engineering

NOTEWORTHY NEWS: Will They Come?