Two people were killed and three wounded in a shooting near Alabama State University campus on Thursday night.

University leadership confirmed Friday that one of the victims shot was an Alabama State University student. The student was left unnamed. 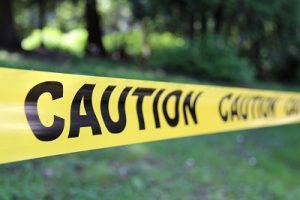 “My heart is heavy today because it’s difficult to look a parent in the face and express the loss of their son they sent away to go to school,” Alabama State University president Dr. Quinton Ross, Jr. told the press.

The Montgomery Police Department identified the victims killed as Justin Martin, 24, and Jacquez Hall, 21. Martin was pronounced dead on the scene and Hall, a senior at Alabama State, died later at the hospital.

The university president urged students to stay on campus and emphasized the university’s zero-tolerance gun policy.

The school’s counseling center will be open to parents and students, according to Dr. Davida Haywood, the university’s vice president of student affairs. She also advised students be aware of their surroundings and walk in groups.

The investigation is ongoing. No arrests had been made and no motive determined by Friday afternoon, police said

Can We Break Our ‘Cycle of Gun Violence’?