While the U.S. public-charge rule has existed since the 1990s, the new version recently published has far-reaching implications for immigrant and international students and their families. 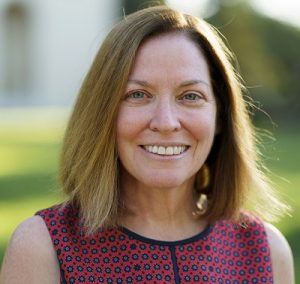 The rule requires individuals seeking to enter the U.S. either as immigrants or nonimmigrants to show they are self-sufficient and will not require public resources, including government benefits such as welfare, for support. In the new version, U.S. Department of Homeland Security (DHS) has expanded the definition of “public charge” to include non-cash public benefits.

“That’s a major change,” said immigration attorney Allen Orr, Jr. “It could be books. It could be a housing stipend. It could be any number of things that are not specifically cash.”

The rule defines “public charge” as someone who has received one or more designated public benefits for more than 12 months within any three-year period. These would include, but not be limited to, Supplemental Security Income (SSI), Temporary Assistance to Needy Families (TANF), Supplemental Nutritional Assistance Program (SNAP), most forms of Medicaid and certain housing programs.

“Colleges and universities have, especially recently, been trying to connect students with public benefits programs like SNAP,” said Dr. Miriam Feldblum, executive director of the Presidents’ Alliance on Higher Education and Immigrants, an organization that brings together college and university leaders dedicated to increasing public understanding of how immigration policies and practices impact students.

“Colleges and universities have been told, ‘You need to do more to help those students that are experiencing food insecurity be connected to these programs,’” said Feldblum.

“What the ‘public charge’ has already shown just by the prospect of it and now what it will do is make immigrant students ever more cautious, making the decision to be ‘better safe than sorry’ and not participate in those programs even when they’re eligible to do so,” she added. “That will affect them and members of their families.”

An example of how international students could be affected is being turned down for an extension of F-1 (student visa) status because a benefit, such as SNAP, has been utilized.

The same could be true if a foreign student applied to change status. When applying for an extension or change of status, the individual would be required to demonstrate they have not utilized public benefits for the proscribed time period.

The rule should not impact naturalized U.S. citizens or current lawful permanent residents on their path to citizenship.

Undocumented individuals, however, are particularly vulnerable.

A brief from the U.S. Immigration Policy Center said undocumented individuals have become more fearful of accessing public services, such as healthcare and free school meals.

Orr added that someone attending college on a student visa may have a U.S. citizen child, but be afraid to access the benefits available to that child. 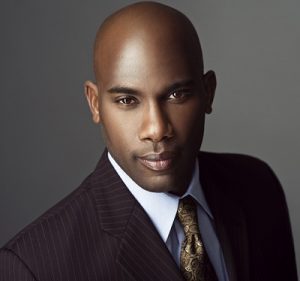 “What the rule does is open up a whole can of discretion for an officer to use,” said Orr, first vice-president of the American Immigration Lawyers Association. “It could lead to unequal adjudication because an officer is making an assessment on the totality of the circumstances, which basically means on his or her discretion.”

Orr gives the example of two international students studying in different parts of the U.S. who have received essentially the same benefit. “They end up with an officer with a different take on the ‘public charge’ and get a different result,” said Orr.

The preamble to the rule states that Pell grants and student aid programs will not be considered as grounds for inadmissibility. Feldblum said high school and college counselors, financial aid officers and leaders in higher education must become extremely well-informed so they can speak with understanding on all implications.

Orr encourages students to be thorough in investigating any benefits offered.

“The onus is on you to do the research to see where the benefit comes from,” said Orr.

He explained that a benefit may be coming from a local program, but upon further review it’s discovered that the program has some federal funding. “Now the onus is on the individual—documented or undocumented—to know where the funds are coming from.”

Feldblum fears the public-charge rule increases barriers and may deter individuals from wanting to study in the U.S., which would diminish the rich diversity they bring to U.S. institutions. She said the onus cannot only be on students to understand what benefits may be considered public charge.

All the nuances of the rule are not yet known, but for now, everyone working in higher education needs more training on the issues to best serve those students potentially impacted, she said.

“When students need to worry about food insecurity, about housing, about basic core needs, they are far less likely to continue on in higher education and never be able to fully realize their potential,” said Feldblum. “It has profound consequences on an entire community.

“Higher education, as it’s outlined in the final rule, promotes income stability and prosperity for immigrants. Yet, ironically, the rule will reduce the prospects of immigrant students pursuing higher education.”

Secretary of Education Arne Duncan at the Tribal Nations Conference