Students who identify as transgender, gender-nonconforming, genderqueer and nonbinary are far more likely to experience mental health problems than their peers, Boston University researchers and collaborators reveal in an article published in the September issue of the American Journal of Preventive Medicine. 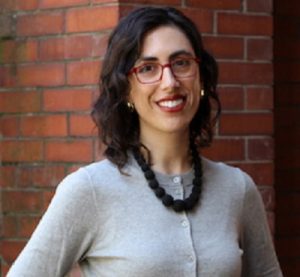 Specifically, the survey reported symptoms of depression, anxiety, eating disorders, self-injury and suicidality among gender-minority students. About 78 percent met the criteria for one or more mental health problems compared to 45 percent of cisgender students, which are students whose sex assigned at birth aligns with their current gender identity.

“There has never been a more important time for colleges and universities to take action to protect and support trans, genderqueer and nonbinary students on campus,” said Dr. Sarah Ketchen Lipson, the study’s lead author and an assistant professor of health law, policy and management in Boston University’s School of Public Health.

Lipson said policymakers also should act on the findings.

“Mental health outcomes, as well as negative educational outcomes like dropping out, are preventable,” said Lipson. “The most effective way to prevent them would be, from my perspective, through policy changes. Inclusive policies are necessary to advance equity. And that’s what I really want these data to speak to.”

“Sadly, the findings of this very important research mirror what we are seeing among adolescent populations: Transgender and gender-expansive teens are much more likely than their cisgender peers to experience depression, anxiety and other mental health challenges due to bias and stigma,” said Ellen Kahn, senior director of programs and partnerships for the Human Rights Campaign.

The HRC is recognized as the largest national lesbian, gay, bisexual, transgender and queer civil rights organization. An HRC Foundation report in 2018 surveyed LGBTQ adolescents ages 13 to 17 and found that “teenagers are not only experiencing heartbreaking levels of stress, anxiety and rejection, but also overwhelmingly feel unsafe in their own school classrooms.”

There is broadening urgency to identify protective factors and reduce mental health inequities for the vulnerable population.

The study called for additional research, stating that longitudinal data are needed to follow gender-minority students throughout college. The researchers also said there was a need to explore the intersectionality of gender-minority identity with other identities in today’s diverse college student populations, such as being a racial, ethnic or religious minority.

“GM people of color face additional discrimination, which has implications for mental health,” the study stated.

“This is a wake-up call to leaders in higher education,” said Kahn, “especially those who oversee campus-based health services, to build the skills and create the resources necessary to improve mental health outcomes for transgender students.”