While students were moving in this week at the University of Colorado-Boulder, another bear was spotted walking around campus.

By the time campus police arrived at the scene, however, the bear had already fled. 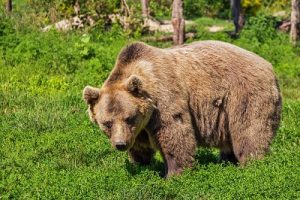 The latest sighting comes days after a 190-pound bear was captured by wildlife officials Aug. 17 in one of the school’s courtyards. The bear, which had previously been tagged and relocated, was euthanized, the Associated Press reported.

On the same day, another bear was euthanized after it reportedly broke into multiple homes located outside of Boulder.

Jason Clay, a wildlife spokesman, told the AP that “bears are more active around this time as they prepare for hibernation.”