Smart While Black: How Systems of Bias Reproduce the Racial Status Quo

As a child, I was denied being valedictorian because I am Black. Two months before graduation, Ms. Brody, my eighth-grade science teacher, a White woman in her mid-40s and the toughest teacher in the school, pulled me into her office and asked, “Do you want to go to college?” 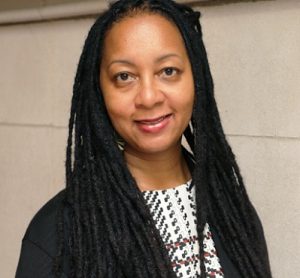 “Yeah, sure!” I said, though I hadn’t given it much thought.

“You are the valedictorian, and you should be really proud of that. The salutatorian is in the SP class, someone you don’t know. But they are not going to let you do it.”

“Because the parents expect the valedictorian to come from the SP class, which is the gifted class,” she said. “Your grades are better. Some of them don’t get the concepts. They are not smarter than you.”

Without knowing consciously that children were tracked according to “ability,” I was aware enough to see White and Asian students were always in the “highest” classes.

“The teachers make the decision, and they all got together and decided they did not want to upset the parents. But I think it is because they are White, and they want someone White to win the award.”

Stunned beyond words, I sat in silence.

She continued, “They are going to give you an award for every class.”

And, in fact, I got an award for math, science, English, social studies, computer science, French, the spelling bee and other subjects I can’t remember. I earned those, so I was not surprised. But I was shocked at the audacity the teachers had, to strip me of my achievements, to dehumanize me, causing me to resolve in private a public affront to my dignity and pride as a hard-working, high-achieving student.

My accomplishment should have been a testament of their commitment to excellence in education, regardless of race, yet my memory of that event is stained with their attempt to “keep me in my place.”

“You should tell your mom,” Ms. Brody said.

My mom, a Jamaican immigrant and naturalized citizen, worked at a hospital in the operating room as a full-time registered nurse, and a part-time private duty nurse. She was a single mother of three. She didn’t call the school.

At graduation, while listening to thunderous nonstop applause, her eyes lit up and face beamed with pride as I gazed at the floor, numb and ashamed, my pride overshadowed by the pernicious poison of anti-Black racism that marginalized and silenced me – and my mother.

For years, I was fond of Ms. Brody. She challenged the privileging of White identity and White solidarity, or as Robin DiAngelo  says in her book, White Fragility, “the unspoken agreement among Whites to protect White advantage and not cause another White person to feel racial discomfort by confronting them when they say or do something racially problematic.”

My achievement disrupted the taken-for-granted White racial equilibrium. Teachers conspired to leave me in the audience and flood me with academic awards to relieve their racial stress and maintain the image that while appearing to educate all children well, White students were the highest-achieving.

Ms. Brody disagreed with her colleagues, but instead of confronting them, she came to me, a kid, hoping that I would do what she should have done – call my mother and provide her with information she shared with me in private. But she was too afraid to go against her colleagues in public, and therefore, her good deed did not go far enough. She could not stand up for herself, or me. And, I was punished for being smart while Black.

My mother said, “Racism is a problem in America, and what matters most is that you get your education. They can’t take that away from you.”

That was 36 years ago. Now, the largest college admissions scandal in U.S. history has awakened this story for me. Wealthy, mostly White, high-profile and celebrity parents, along with athletic coaches and others at elite institutions, are criminally charged with bribery and fraud for enrolling undeserving rich children.

Measures of school outcomes show America’s educational system favors White and Asian children, often failing poor, Black, Latinx and Native American children long before college. Those efforts do not only result from a limited curriculum or lack of instructional rigor for children of color, particularly from poor and working-class communities, they result from concerted, targeted efforts to preserve the most coveted achievements for White children only – even when they do not deserve it.

In P–12 settings and higher, we must move beyond merit as a model for rewarding school success. The college admissions scandal, and my own personal experience, expose the inherent fallacy of a “meritocracy,” because people can buy merit or be denied merit. We must dismantle systems of injustice with specific actions, like speaking up on behalf of a student who is unjustly marginalized or questioning decisions steeped in stereotypical beliefs about racial superiority of Whites and inferiority of Blacks or other people of color.

Teachers need to interrupt racism with courage and intentionality, aware that our actions impact the lives of our students now and for years to come.

We Regret to Inform You…