Most state flagship universities are not affordable for students from low- and middle-income backgrounds. That’s according to a new report issued this week by the Institute for Higher Education Policy (IHEP).

America’s public flagship institutions have long been depicted as providing an affordable pathway for low- and middle-income students to pursue higher education and with that economic mobility. IHEP’s report, “Opportunity Lost: Net Price and Equity at Public Flagship Institutions,” presents an analysis that indicates such is not the case. A key finding is that most public flagship institutions are no longer affordable to low-income students. 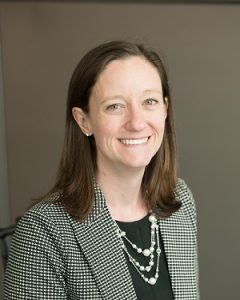 “We undertook this study to examine how affordable each of the 50 state flagship universities are for a variety of different college students today,” said Mamie Voight, IHEP vice president of policy research and one of the authors of the report.

Based on national data from sources such as the National Post-Secondary Student Aid Study, the report presents five hypothetical college students each representing an economic background and standardized test scores. There is an analysis of how affordable each state’s flagship university would be for that student. Only six out of 50 flagship institutions met an affordability benchmark for low-income students.

In addition to tuition, the report takes into account the full cost of college and available grants and scholarships a student could get and how that factors into a student’s ability to pay. The study utilizes the “rule of 10,” which notes that a student can afford to attend a college if they can pay the full cost using 10 percent of their family’s discretionary income saved over 10 years prior to college plus the student working 10 hours a week while in college.

The report notes that all 50 institutions would be affordable for a typical high-income student, which is defined as someone from a household earning over $167,000 a year. By contrast, low-income students would need to amass debt of $80,000 or more through loans to be able to afford these institutions for four years, particularly when factoring in non-tuition costs.

What has led to some of the affordability issues for low- and middle-income students is diminished state investment in publicly funded institutions, said Voight.

Voight said institutional leaders and state policy makers need to prioritize their resources, especially financial aid dollars. The report indicates that many of those scarce dollars are going to high-income students who need it least. The report advocates for need-based aid, indicating that academic scholarships and financial aid based on test scores skews unfairly to high-income students. Also, need-based aid programs should cover all needs, not just tuition.

“Part of that puzzle is making sure the financial aid dollars are available to them so they can afford to attend,” she said. “Part of it is also reaching out to them and recruiting heavily for a diverse student body to enter the institution. Some of the schools that we examined in this analysis that are most affordable actually have very low enrollment of low-income students.”

Voight said that those institutions would be well served by reforming their admissions and enrollment policies. Alongside financial aid policies, she suggested the elimination of legacy admissions, which are biased against first-generation college students.

“If we are both to meet the workforce needs of our nation and provide students with the opportunity that we have promised…then we need to be directing the resources that policy makers have at their disposal towards low-income students so that they can pave that pathway,” said Voight.

The report indicates that states need to increase appropriations to public institutions and should design and implement federal-state partnerships.

Leadership in all sectors should create greater access at public institutions, she said. And while students and families can certainly advocate on their own behalves, other entities, such as the business community, have an important voice in this ongoing discussion, she said.

“Having someone at the top who sets this as a priority and says, ‘We’re going to focus our policies and our dollars on equity and on promoting opportunity for students who have been historically underserved,’” said Voight.