It’s Time to Hack the Gates in College Admissions Systems

In June 2019, when the Wall Street Journal reported that the College Board was about to introduce an “Adversity Index” or score that would sum up the socio-economic backgrounds of individual SAT-takers for admission offices, there has been an intense controversy over the ECD.

What the news reports called the “Adversity Index” is really an environmental contexts dashboard (ECD) tool that the College Board has test piloted since 2016.

Research has found that admissions officers are more likely to recommend low-income students for admission when they have access to more student background and context information for holistic review processes. 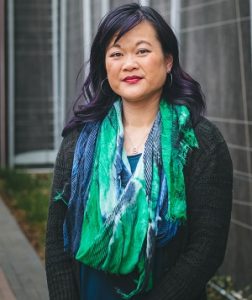 To address the uneven quality of information available to admission offices about individual applicants’ contexts of opportunity, the College Board’s solution was to offer the ECD tool through a program called Landscape, which has been reported as a single adversity index or score for all SAT takers, summarizing individual student socio-economic backgrounds.

The idea that a single numerical score could accurately describe any individual student’s context of opportunity and achievement offended many. The controversy has led the College Board to announce that it was abandoning the adversity score as it had been initially described by David Coleman in May 2019. However, Landscape will continue to offer consistent information about applicants’ school and community contexts, and continue the application of the ECD tool.

In the current system of college admissions, we agree more information about student background and context is better than less information. As a researcher and admissions profession leader for intersectional racial equity, we have long been concerned with the deep systemic inequalities found in admissions structures, and have advocated for robust holistic admissions practices to account for individual student contexts of opportunity and achievement for reliable and valid evaluations of college applicants. The purported numerical measure of adversity caused a righteous controversy.

But the real admissions scandal is that the system has always been rigged against those who are not rich and White.

Earlier this year, Operation Varsity Blues revealed how those with class and racial privileges played the game of selective college admissions under a different set of rules than the average family. The federal investigation of how at least 50 parents and college athletics staff engaged in a scheme involving bribery, cheating, and fraud to purchase admission for wealthy and mostly White children, spotlights the deeply unjust system of selective college admissions. Among the parents are celebrities Felicity Huffman and Lori Loughlin.

Even without cheating and bribery, the children of Varsity Blues had already won the lottery of privilege at birth. Economic class and white privilege are built into the system of college attendance and completion, making it much more difficult for students of color and working class students to gain access to selective colleges. Segregated and unequal PK-12 schools, racial disparities baked into problematic standardized tests with little evaluative strength, a growing college affordability crisis and continuing cuts to public education are just a few of many ways higher education systemically makes a college a distant dream for too many, and especially students of color.

More than 80 percent of recruited student-athletes are White. Elite colleges often give advantages to children of alumni — who, given a long history of segregation in higher education, are overwhelmingly White. The (usually White) children of financial donors often receive extra considerations in admissions. 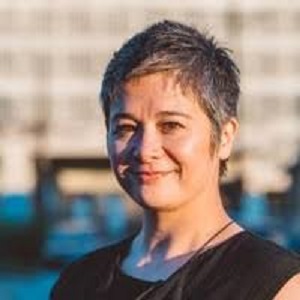 Money also cuts another way: With limited public funding, most colleges rely on tuition to balance their budgets, leading to financially-driven admissions decisions between students who require financial aid and those who can pay full tuition.

Unfortunately, some researchers and admissions professionals were not surprised by how Rick Singer, the figure at the center of Operation Varsity Blues, manipulated the selective admissions system. We were only surprised by the complete moral disregard.

Underlying the controversy over the College Board “adversity index” and the Operation Varsity Blues scandal is a national angst over deepening inequalities in access to selective colleges and universities. They raise important questions, especially in light of the current DOJ demands on NACAC to remove parts of the professional code of ethics that protect students, which will only exacerbate structural inequalities. What are the purposes of the current structures of college admissions? What is fair in admissions?

No new tool or minor reform, such as an adversity score, Landscape, ECD, or going test-optional will advance race and class equity in selective college access. Although many continue to believe in a mythical meritocratic college admissions system, it is set up to produce and maintain race and class inequalities.

Dr. OiYan Poon, is an associate professor of Higher Education Leadership and Director of the RISE Center at Colorado State University. Marie Bigham is executive director and co-founder of ACCEPT: Admissions Community Cultivating Equity & Peace Today, an organization that empowers college admissions professionals to center anti-racism, equity and justice. Together they have launched the Hack the Gates project to engage researchers, admissions professionals, and policy leaders in a yearlong dialogue to radically reimagine college admissions.