New research from the Southern Regional Education Board (SREB) found that postsecondary institutions are struggling to recruit students.

Every two years, SREB–a nonpartisan nonprofit that works to improve education throughout the southern states–publishes a Fact Book of Higher Education which collects data on higher education and analyzes long-term trends for state legislatures and policymakers.

“Our hope is that by compiling all this data that folks will have the opportunity to see it and find it useful,” said Dr. Susan Campbell Lounsbury, director of education services at SREB.

In the most recent 2019 Fact Book,  trends were discovered among community college enrollment. 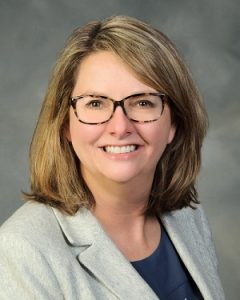 One of the most widely accepted reasons behind the decline is related to an improving economy.

“People are opting to go straight into the workforce rather than college since they can get a job easier,” said Lounsbury. “But that isn’t always true for all segments of the population.”

Another predicted reason behind the decline is the rising cost of a college education.

“There are a lot of concerns about the affordability of postsecondary education,” said Lounsbury. “Sometimes it can be more of a perception than something that’s real. But in many cases, it is real.”

Some states have been working towards developing programs to make postsecondary education more affordable, such as offering free or reduced tuition at community colleges.

According to Dr. Martha Parham, senior vice president of public relations for the American Association of Community Colleges, most community colleges are funded on a per-student basis.

“If they are funded by the state or with their local tax dollars, it’s usually on a per-student basis so obviously as people look to plan their budget in the coming years, it becomes a huge factor,” she said.”

Additionally, the decline can affect the future of the United States workforce. As the current economic climate has led some to attain jobs rather than pursue an education, there are many employees who remain low-skilled. Now, with technology advancements, the workforce is shifting towards hiring those workers with higher skills or credentials.

While the enrollment decline is concerning for institutions and researchers, Parham said that there is an upside, as the shrinking numbers improves the student-faculty ratio.

“You have more time with your teachers,” she said. “If you are a student, you don’t have to struggle as much to find counselors. It’s just a sheer fewer students to serve.”

To increase enrollment, Lounsbury emphasized that community colleges should follow the “if you build it, then they will come” philosophy.

“If you are providing a major that folks need, then they will come to you, knowing that it might improve their chances of employment,” she said.