Two White University of Arizona (UA) students were arrested after assaulting a Black student on campus while repeatedly calling him the N-word, the Arizona Daily Star reported. 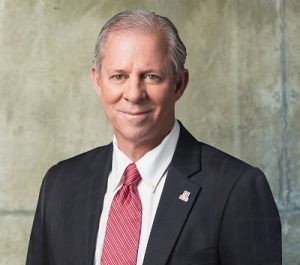 The suspects, Matthew Grazier and Matthew Rawlings face misdemeanor assault charges and were held at the Pima County Jail. According to the police report, the Black student did not know either Grazier or Rawlings.

Following the incident, President Dr. Robert C. Robbins released a university statement that said, “I want our community to know that racism, bias and violence will not be tolerated on this campus. I will be working with members of my administration to ensure we have a comprehensive response to issues of bias and discrimination on campus and that we are promoting and fostering our core value of inclusion. I call on all members of our community to make the same commitment to stand against racial bias in any form.”

Following the university announcement, students staged a protest to ensure that the students, university and police were held accountable for the incident. Over 300 students participated in the protest and demanded both the release of the police report as well as the expulsion of the two students, Daily Star reported.

At NCORE, Symone Sanders Calls for Civility in Discourse

Fighting for Scholarships in Oklahoma