According to a new EAB report, nearly 30 percent of students have used a school’s social media site as a gateway to that school’s website and more than 85 percent believe that every institution should have a social media presence.

The report, “Recruiting the Digital Native,” focused on the social media usage of potential students and their engagement with colleges and universities across the nation.

“We know from our conversations with partner institutions that everyone is looking for the latest insight into how to best communicate with prospective students,” said Dr. Pam Kiecker Royall, head of research and enrollment services at EAB. “And knowing with the new media in particular, over the last decade plus, that this was a moving target and we’ve tried keeping our finger on the pulse.” 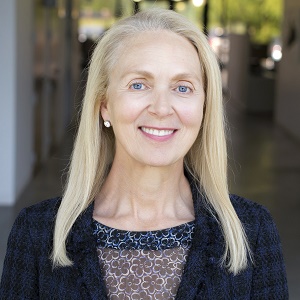 EAB, an educational research organization, used responses from 9,476 college-bound high school students. The 2019 report is an outgrowth of similar research done in 2017.

One of the biggest findings from the survey was that social media has become an important tool for colleges to engage with underrepresented students.

For example, First generation students are 60 percent more likely to discover a college by social media compared to their peers. Additionally, students from lower-income households and students of color spend more time online than higher-income and White students, the report states.

Royall said that social media has been a good form of contact for underrepresented students because often they are “slightly dependent on personal sources that are not parental.”

“We want to give underrepresented students the same advantages as other students have,” said Royall. “In terms of getting information early in their cycle of looking at colleges and universities to mitigate any disadvantage there may be from lack of resources, information or influential others such as financial resources. We really advocate that colleges and universities contact students as early as possible.”

“[Social media] allows not only a great engagement mechanism once students are admitted or enrolled on college campuses but also during the recruitment process,” said Royall. “This research revealed that many students are discovering schools via social media and they are even paying attention to schools that they are not particularly interested enrolling in via social media. It is a priority for them as an information source.”

Royall said that students are looking for a less official or informal interaction within social media with college and university staff, officials and students.

“I think the peer to peer element is really important,” she said. “That we can achieve with social media programs that cannot be as effectively demonstrated using other channels.”

Emily Bauer, EAB’s  vice president of program marketing and her team, discovered that Instagram stories can be much more effective than feed ads on either Instagram or Facebook. Additionally, Snapchat ads performed better across the board and delivered the greatest Return On Investment (ROI). 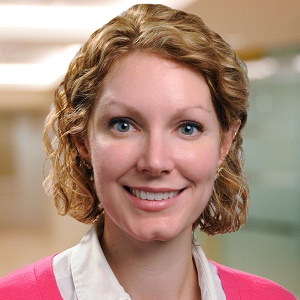 “We were trying to expel a few myths,” said Bauer. “Snapchat had been thought of as a very closed network for peers only. There was some hesitation with schools thinking that they could even use Snapchat to communicate with students. And if and when they did communicate with students through Snapchat, there was this assumption that you could only do so during the very committed stage, so anytime after students are admitted.”

Still, Bauer said that the research found that schools should use Snapchat during the prospect stage to promote campus visits and activities.

“There’s no greater advocacy then a peer advocating for another peer for the institution itself,” said Bauer. “We are offering support for schools in terms of design work and the set up and monitoring work that go into that. Because we’ve seen such strong engagement from all of those applications.”

One downside of social media usage to engage with colleges is the possibility of misinformation.

“A lot of underrepresented students are particularly vulnerable if they are using this as a primary source of information,” she said. “The schools want to make sure it is accurate, they want it to be personal and they want it to be something students can generally relate to.”

Realizing My Potential Through the Higher Education Opportunity Program

HIV AIDS A Predator in Paradise