Rev. Dr. Cain Hope Felder, a prominent biblical scholar who was the former dean for many years of Howard University’s School of Divinity, has died. He was 76. 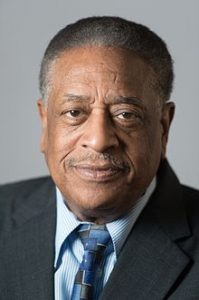 A faculty member at Howard since 1981, Felder previously taught at Princeton Theological Seminary and served as the first executive director of Black Methodists for Church Renewal, the Black caucus of the United Methodist Church.

Born in Aiken, S.C., Felder retired from his teaching post at Howard in 2016 but remained active with the university community.

“I don’t know if I could have been more productive as a scholar in any other place but here,” Felder told the Howard University magazine in 2016. “Because, in a genuine sense, I really felt so relieved to be back in D.C., to be here at Howard.”

Campuses Might Still Be Closed in the Fall. How Should Universities Prepare?