In the early hours of July 11, 1958, the local police department of Central Point, Virginia raided the home of Mildred and Richard Loving, starting a legal fight that would culminate into the United States Supreme Court’s 1967, Loving v. Virginia decision. The case and its outcome would remove the miscegenation laws that barred mixed-race couples from marrying in most jurisdictions in the United States. The Loving’s battle to be recognized as man and wife in the State of Virginia would have far-reaching implications for society and academia.

Following the Loving v. Virginia decision, multiracial marriages across the United States increased as the restrictions were found unconstitutional. The PEW Research Center, estimates 17 percent of all new marriages in the United States are to partners of a different race or ethnicity, an increase from an estimated 3 percent in 1967. However, there was not a comprehensive method to track the increase in the multi- and bi-racial children, until recently. 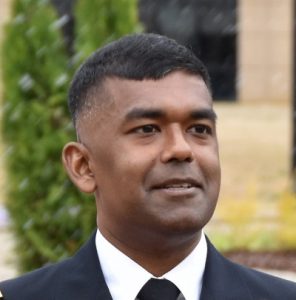 The United States Census of 2000 ushered in dramatic change. Dr. Erin Moira Lemrow asserts that the 2000 Census was the first census to allow a United States resident to choose more than one race as an option. By the 2010 Census, the number of respondents who identified themselves as more than one race increased by 34 percent. In higher education, the numbers are similarly stark. In 2010, over 324,000 students identified themselves as multiracial and it more than doubled by 2017, when over 700,000 students identified themselves as multiracial according to the U.S. Department of Education. Notwithstanding the increase of multicultural students, colleges and campus cultures have not kept pace with the change in demographics.

Campus cultures perpetuates the monoracial model forcing students to choose between their parental cultures according to Dr. Kristen A. Renn. The monoracial model limits multiracial students from engaging fully in the experience of their ancestral cultures. Students are forced to abandon one or more cultures to fully engage in a sponsored activity.

My sister and I are in multiracial and multiethnic marriages, respectively, with children who will matriculate. Their campus experience and satisfaction will be driven in part by the non-curricular activities and engagement with campus life. How can universities ensure multiracial, multiethnic, and transracial students feel included and retained?

What if my niece and nephew want to maintain their connection with their Black or Asian heritage by identifying with the Black Student Union or Asian Student Union? My children may face the same decision; will they identify with their southeast Asian (Indian) or Filipino heritage? What about the transracial student who identifies with their adoptive parents’ culture and is exploring their birth culture? I propose the adoption of a multiracial student union by all offices of student life/activities as a solution.

A multiracial student union becomes the home to the four percent of college students who do not feel pressured to choose between their multiracial identities as reported by the U.S. Department of Education. Four percent may not sound impressive, but in a small college of 4,000 students, that is 160 students that feel they are alienating half of their self-identity to be included on campus. Roberta Garbarini-Philippe adds the stress-reducing effect on multiracial students by embracing their multiracial identity versus their monoracial counterparts. Years ago, as a monoracial student in the northeast, I felt the embrace of fellow southeast Asians because of our shared cultural heritage. My children, niece, and nephew will not feel the same assurance in college if the entrenched monoracial student union model does not change to reflect the current data.

The Pew Research Center states that 14 percent or 1 in 7 newborns are multiracial or multiethnic. Early adopters to multiracial student unions will deliver timely and culturally relevant services to a challenging student demographic. Plans, policies and procedures will need to be developed to help multiracial students feel welcome and part of the school’s culture. Dr. Kristen A. Renn’s research suggests multiracial and multiethnic students need and deserve the space to develop the resilience to confront societies pressure to identify with one racial group. Feeling valued in a multiracial group where participants are accepted and included increases student’s wellbeing and encourages their exploration and embrace of their racial identity.

The University of California at Berkeley embraced the idea early on with the Mixed Student Union. The group was renamed to the Mixed Recruitment and Retention Center, linking engagement and retention. The group aims to recruit, retain, and empower students of multicultural heritage at UC Berkeley by reaching out to other organizations on campus to be inclusive and advocate for a positive campus climate for mixed students while advocating for the needs and issues facing mixed students. Colleges supporting mixed student unions benefit from the emotional wellbeing of their students.

It is inescapable that the demographics in the United States student population is trending multiracial. Improving the experience will require new approaches by educators and administrators. Campus culture must change and evolve to address and support the needs of multicultural students as they struggle with identity development and search for a sanctuary to congregate, learn, and prosper in academia. Multiracial, multiethnic, and transracial students implore institutions to listen.

Parsana Deoki is a PhD student in the Leadership in Higher Education program at Bellarmine University.