The Mother of All Scams - Higher Education

The Mother of All Scams

In late July, ProPublica and the Wall Street Journal broke a juicy story about yet another college admissions scandal (following on the heels of the so-called “Varsity Blues” indignity). Wealthy parents in the Chicago suburbs are transferring legal guardianship (essentially surrendering their parental rights) to other people so that their children can declare financial independence. They can then apply for need-based financial aid without having to count their (former) parents’ income and assets.

It is no small thing to surrender one’s parental rights. Even voluntarily. Though the point has been made briefly in existing media coverage that the guardianship transfer process exists not for last-minute attempts to shirk financial obligation, but because there are legitimate cases in which a parent unexpectedly finds themselves unable to care for a child—a more specific circumstance immediately came to my mind: planned voluntary relinquishment of parental rights in the case of private agency adoption. In Chicago, this usually involves the movement of newborn infants from Black and low-income neighborhoods on the south and west sides of the city to usually upper-middle-class and wealthy white adoptive families residing in the suburbs.

As an anthropologist and social worker studying domestic transracial adoption in Chicago between 2009 and 2016, I witnessed numerous pregnant Black women voluntarily relinquish their parental rights in an effort to secure a ‘better’ future for their children, who were often then adopted by white suburban parents. It is important to hold these two versions of ‘voluntary’ child relinquishment together in our minds, because they demonstrate starkly that the relinquishment of parental rights is a legal process that has been produced and conditioned by a variety of historical factors that create vastly different outcomes based on race and class. In adoption discourse, we critique the phrase “give up” when used to describe one’s parental rights—for so many poor parents of color, this is a process bound up with incredible loss, grief, and violence. It is not to be taken lightly. In the Black community, kinship is not a technicality. 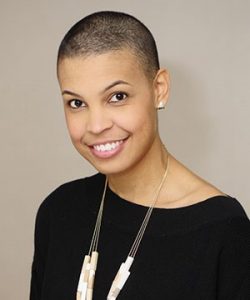 By the time I started my research in 2009, it was not uncommon for expectant mothers to experience a “change of heart” after making their adoption plan and being matched with a prospective adopter or adopters, resulting in what social workers referred to as a “fall through” or failed adoption. Sometimes, these mothers were suspected of “scamming” the agency and prospective adoptive families, feigning a desire to place their children—or even feigning pregnancy altogether—in order to secure what in Illinois are referred to as “legally allowable birth parent expenses” to cover housing, food, clothes, utilities, and other necessities. Regardless of intention, the expectant mothers I knew almost invariably considered adoption because of economic insecurity. It’s no longer a choice when it feels like the only choice.

From an anthropological perspective, it is necessary to connect this phenomenon of the “fall through” to larger historical and structural forces that produced these contemporary socioeconomic conditions: the egregious segregation and discriminatory housing practices that concentrated poor people of color in specific Chicago neighborhoods and excluded them from asset accumulation in the form of homeownership, the proliferation of the trope of the “welfare queen” and accompanying devaluation of Black motherhood, the reverberating legacies of racialized child removal that began during (and have continued since) slavery.

This historical understanding puts the so-called “scamming” expectant mother into perspective, and I hope, helps us rethink what constitutes a scam.

This latest admissions scandal is like the mother of all scams.

According to the ProPublica report, in Illinois last year, 82,000 students that qualified for a particular state grant went without because there wasn’t enough, so these (former) parents were effectively stealing this aid from students who needed it.

I will concede that this definitely highlights a structural problem with how we fund higher education in the United States, through a flawed system that produces a real gap between available aid and the ever increasing sticker price of many colleges and universities—a problem much bigger than this specific handful of morally suspect (former) parents.

BUT it also highlights a particular racial privilege around kinship that is less likely to be taken up and challenged.

We must recognize and assert that the severing of kinship works entirely differently in these two instances—and that legal kinship is precious in one instance and a literal debit in the other, becoming  most valuable when dispensed with. And we must be reminded that the wealth that disqualifies these suburban families from financial aid was likely at least partially accrued as a result of the racist housing policies and practices that spurred white flight and left Chicago with profound racial and class segregation that persists today (and as I mentioned, preserves the poverty and lack of opportunity that leads some low-income Black women to place their babies for adoption with wealthy white families). When we zoom out, these dual modes of extraction become visible. This is so much bigger than our broken higher education system. When wealthy (and usually white) suburban families take what they want and need—who are they taking it from?

Dr. Kathryn Mariner is an assistant professor of anthropology and visual and cultural studies at the University of Rochester in Rochester, NY.

Give Them the Chance to be Young, Gifted and Black

Dual Enrollment Works. But Who Is It Working For?

An A+ Punishment for Felicity And Others: Create Cy Pres Awards. For Real.