Graduate School Enrollment on the Rise

Graduate school applications and first-time enrollment are on the rise with the largest increases in mathematics and computer sciences. 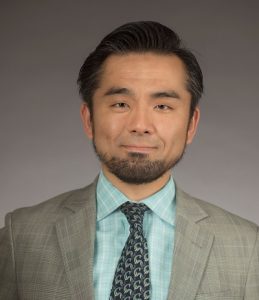 The report examines master’s and doctoral programs across all fields of study and includes responses from 589 of the 775 institutions contacted (76 percent).

Between fall 2017 and fall 2018 total graduate school enrollment increased by 1.5 percent. A larger number of students were enrolled in private, not-for-profit institutions versus public institutions.

Despite holding an overall majority, women were still underrepresented in business, engineering, mathematics and computer sciences, and physical and earth sciences, but the numbers are growing.

“We don’t have data for graduate applications by gender, but we do know from looking at our first-time graduate enrollment data the increases of women enrolled in the STEM fields, particularly math and computer sciences,” said Dr. Hironao Okahana, one of the authors of the report. “A very robust increase. Increases that are at a greater rate of growth than their male counterparts.

For example, between 2017 and 2018, researchers saw a 7.3 percent increase in the first-time enrollment of women in math and the computer sciences, he added. “Our baseline number for women is still small and they’re underrepresented, but we do see some encouraging signs in our data that the number of women enrolled in these programs is growing.”

There is not a statistic for distance learning or online enrollment; however education, business and the health sciences had the largest percentage of part-time students.

“Looking at the broader trend, our sense is that the growth in particular areas, say math and computer sciences and health sciences that we’re seeing in our report, aligns with the increased workforce demand for advanced degree holders,” said Okahana. “Our take is that this growth in graduate enrollment is reflective of how master’s and doctoral programs align and meet the demand for today’s labor market.”

Okahana said the decline in international students is not linked to any single policy or rule, but policy changes are being closely monitored along with other factors that may influence the flow of international graduate students. 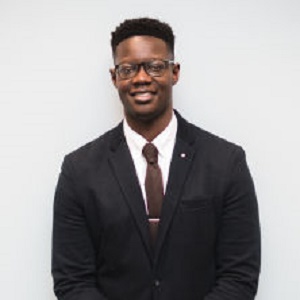 “Overall, we are very optimistic and have seen robust growth in first-time graduate enrollment of traditionally underserved students of color,” said Okahana. “As far as the sustained underrepresentation, particularly in STEM fields, it’s a continuous reminder to us. We have collectively as the graduate education community made strong headway in this area, but there’s still work to be done.”

Dr. Edmund Adjapong, an assistant professor of educational studies at Seton Hall University and a faculty fellow at the Institute for Urban and Multicultural Education at Teachers College, said that examining data is crucial in informing efforts to increase diversity in STEM fields.

“We have to create more culturally relevant STEM opportunities in K-12 and opportunities that allow young people of color to see themselves as part of the content,” said Adjapong, who explained that the journey to graduate studies in STEM begins early.

He said that the mindsets of educators around science often is to utilize weed-out courses to eliminate those who cannot handle the rigors of STEM. Adjapong noted that those courses can push students of color away from STEM even if they are able to handle the content.

“Data is very important in this battle,” said Adjapong. “For experts like myself who are in the field and work in urban communities and focus on youth of color to increase achievement in STEM, the data gives us numbers to things we already see. It helps make the argument for why we need to be innovative in our thinking and approaches to increasing urban youth and youth of color’s interest in STEM and away from traditional practices.”