New Mexico’s educational system and an analysis of the state’s aid for low-income students is the focal point of a newly released report by the Rutgers Center for Minority Serving Institutions (CMSI). 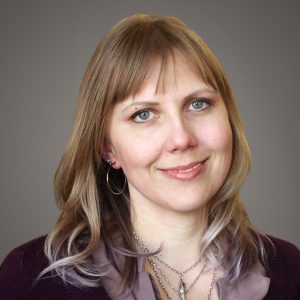 “It is an interesting state to learn from because of its long-standing commitment to higher education,” said Dr. Virginia R. Hunter, author of the report and research analyst at Research for Action. “New Mexico has worked hard to maintain access and affordability for students compared to other states, provides a wide range of scholarship opportunities and overall shows a high level of commitment to higher education.”

However, in the report, “Embracing Diversity To Build A Better Future: Minority Serving Institutions In New Mexico” Hunter argues that the state is at a “cross-roads where it can choose to distribute higher education resources broadly or really target resources to students who need them most.”

Dr. Marybeth Gasmen, executive director of the Samuel DeWitt Proctor Institute for Leadership, Equity & Justice at Rutgers and a member of the research team, said that the state of New Mexico demonstrates the changes occurring in terms of race and ethnicity within the United States.

According to the report, 48 percent of New Mexico’s population identifies as Hispanic or Latinx and nine percent identifies as American Indian.

However, the report found that the state’s financial aid is not always offered “to the students who need it the most.” There is controversy associated with the lottery scholarship because it is based on merit rather than need.

“That of course is going to lead to more middle-class students who have better preparation getting state funding,” said Gasman, who also holds the Samuel DeWitt Proctor Endowed Chair in Education and is a distinguished professor. “State after state tends to operate this way. I think it’s important for us to look at it and always keep in mind that we should be giving the most funding to students who need it the most.”

The majority of the lottery scholarship funding is going towards research institutions over community colleges. In 2015, of the $61.6 million awarded to students, $54 million went to students at research universities, according to the report.

“Community colleges disproportionately serve low-income and minority students, are responsive to local economic needs and serve as an important entry point to higher education,” said Hunter. “Investing in community colleges, possibly through a community college promise program or higher base funding, would be a wonderful investment in New Mexico’s future.”

Gasman said that this report will help institutions rethink some of their financial aid initiatives.

“If you make funding initiatives need based, you’re going to benefit the state overall,” she said. “If you have more people who are educated and more people that are given opportunities, the state benefits overall. It’s hard but you got to get people to believe that and that’s why I think it’s important to have a whole variety of people at the table making the decisions.”

Gasman said that an “equity lens” should be used when decisions are made about state funding. 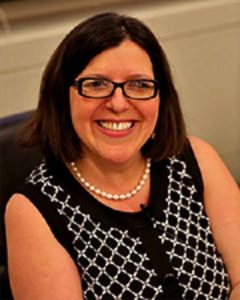 One challenge for low-income students, according to the report, is that “tuition is increasing rapidly not thoughtfully.” In 2008, the net tuition revenue was $2,560 and grew to $3,862, a 50.9 percent increase.

“I do see why these free tuition initiatives are coming up because just like you’re seeing across the country, you are seeing substantial increases in tuition,” said Gasman. “And students are having a really hard time paying for them.”

“I hope New Mexico devotes more energy and funding to closing attainment gaps,” said Hunter. “New Mexico is currently experiencing a budget surplus, which means there is a real opportunity to target additional resources to the students and institutions who need them most, rather than distributing resources to students who are likely to enroll and complete college without additional funding.”

According to Gasman, in the future, CSMI hopes to research one or two states per year. The next report will look at New York and New Jersey due to their growing population of minority-serving institutions.