Founder of “Me Too” Movement to be Honored with Gleitsman Award

Tarana Burke, founder of the “Me Too” movement and civil rights activist, will be presented with the Harvard Kennedy School of Law’s Center for Public Leadership Gleitsman Award on Dec. 6 for her role in advocating for sexual assault survivors. 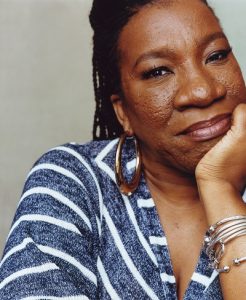 In 2006, she created the “Me Too” movement, which launched into the public eye online years later to address sexual assault and harassment.

The Gleitsman award is given out annually to those who aim to improve the lives of those living within the United States and globally. Recipients are awarded a $125,000 prize, according to the center.

“Accepting the 2019 Gleitsman Citizen Activist Award fills me with so much gratitude and humility,” said Burke in a statement. “It is an absolute honor to be in the company of such monumental changemakers who would be doing the work of justice, regardless of recognition and acclaim. I speak for all sexual assault survivor leaders when I say that we share that same fire. I dedicate this award to them, and I thank those who nominated and selected me for this esteemed recognition.”

Alongside this award, Burke became TIME’s “Person of the Year” in 2017 and delivered her own TED Talk, “Me Too is a Movement, Not a Moment” in 2018. Next summer, she will release a memoir.