A new report from Georgetown University Center on Education and the Workforce  details the persistent educational and economic disparities between Whites, African-Americans and Latinos.

“The Unequal Race for Good Jobs: How Whites Made Outsized Gains in Education and Good Jobs Compared to Blacks and Latinos” offers a blunt commentary on persistent inequality along with a challenge to policy makers to create the change necessary to close these widening gaps.

About four years ago, the report’s authors set out to explore questions about what a good job is, how many there are and who has those good jobs. This is the fourth study published exploring the subject.

In the study, a good job is defined as work that pays a minimum of $35,000 annually to workers between the ages of 25 and 44 and at least $45,000 to workers between the ages of 45 and 64. In 2016, overall median earnings for all good jobs was about $65,000. The majority of the data comes from the U.S. Census Bureau and Bureau of Labor Statistics, Current Population Survey, 1992–2017. Additional data comes from the Panel Survey on Income Dynamics and the National Longitudinal Surveys.

“Since the early 1990s, there has been a growth in good jobs,” said Dr. Anthony P. Carnevale, one of the authors of the report. “They have shifted dramatically from manufacturing into the service sector.”

“At every juncture, White Americans have found a way to capture the future, and it’s happening again,” said Carnevale, citing the movement of good jobs and White workers to suburban settings and racist policies that precluded Blacks and Latinos from getting those jobs. Educational inequalities are rooted in this move and continue to this day.

“We’re facing another straight uphill climb here on racial and economic justice,” said Carnevale. “It will take a very long time at the rate African-Americans are able to move from kindergarten to college into good jobs, which is a relatively slow rate.”

Dr. Aman Nadhiri, an associate professor in the department of languages and literature at Johnson C. Smith University, praised the way the report presented data to substantiate its message. Seeing gaps detailed in numbers puts racial inequalities in concrete terms, he said, adding that the data shows systemic factors that mitigate potential gains by Blacks and Latinos.

“The data gives us a great starting point because…most of us need numbers to appreciate what is happening,” said Nadhiri. 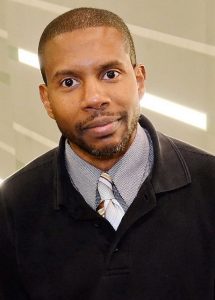 “To understand the real impact, you need the data because as people like to say, ‘The numbers don’t lie.’ Being able to quantify it actually gives people a sense of the scope of the problem.”

For those individuals who have a bachelor’s degree or higher, the likelihood of having a good job is 75 percent for Whites workers, 68 percent for Black workers and 65 percent for Latinos. For those who have a good job, the median earnings for Whites in 2016 was $75,000 and for Blacks and Latinos $65,000. Even equal educational attainment doesn’t translate to equal results.

“It is what I think people mean by institutional racism,” said Carnevale. “Even when minorities and low-income folks make it all the way through the game—college and a job—they’re paid less in those jobs. We aggregated that. There’s a $554 billion advantage for Whites in good jobs.”

Nadhiri said the numbers are a stark dose of reality. “It also gives you some kind of measure for how you can actually ameliorate that,” he said. “It opens the way for different insights.”

Mentoring and networking figures into the picture of career advancement, said Nadhiri. He noted that within minority serving institutions students receive mentoring that often does not exist for minority students in predominantly white institutions.

“It seems to be a barrier,” Nadhiri said. “That’s one of the ways these disparities are replicated.”

If there aren’t policy interventions, Carnevale said, there will be another lock on the intergenerational transfer of race and class privilege among Whites. Among the recommendations are rewarding colleges that enroll and graduate students from underserved populations; increase funding to community colleges; promote diversity, equity and inclusion in the workforce; and increase the funding and enforcement powers of the Equal Employment Opportunity Commission.

“Business as usual is not going to solve this problem,” said Carnevale. “The institutional momentum is so strong that it has to be broken in some respect. We have to change the outcomes in our institutions.”

Thoughts on Jussie Smollett for My Diversity and Media Class