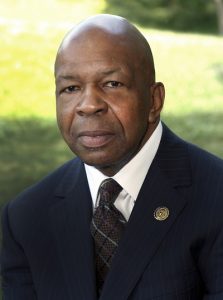 Congressman Elijah E. Cummings (D-MD) died Thursday at the age of 68 after suffering from a long history of health problems, the Baltimore Sun reported.

Cummings had not participated in roll call on Capitol Hill since Sep. 11 due a medical procedure. Back in 2017, Cummings had an aortic valve replacement which left him hospitalized for a longer period of time after an infection. Soon after, he was hospitalized again for a knee infection, according to the Baltimore Sun.

As chairman of the House Oversight and Reform Committee, Cummings played a key role in the impeachment inquiry against President Donald J. Trump.

Cummings was born and raised in Baltimore. He earned his undergraduate degree at Howard University and later graduated from the University of Maryland School of Law, where he eventually started his own practice.

In 1982, he became state delegate. Cummings served in the Maryland General Assembly for 14 years and was the first African American in Maryland’s history to be named Speaker Pro Tem. Since 1996, he represented Maryland’s 7th Congressional District in the U.S. House of Representatives.

“[His loss] leaves an irreplaceable void in our hearts, in our Maryland and in our Congress,” said U.S Senator Benjamin Cardin. “Quite possibly no elected official mattered so much to his constituents.”