Bill Introduced in Georgia Will Allow Payment of College Athletes 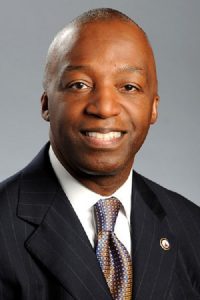 A new bill will be introduced in the Georgia General Assembly that will permit college athletes to earn compensation and hire agents, according to the Atlanta Journal Constitution (AJC).

The state of California recently signed a similar bill into a law, which allows college athletes to be paid for the “use of their name, image or likeness,” AJC reported.

According to the National Collegiate Athletic Association (NCAA), players are prohibited from accepting money from third party sources. However, other states including Florida, Minnesota, New York and South Carolina are looking to uplift those restrictions.

“Not only is this an idea whose time has come but Georgia schools would be at a decisive disadvantage when it comes to recruiting with other states that join California in implementing this act if we fail to do the same,” said Representative Billy Mitchell (D-GA).

SAT, ACT Scores Still Required for Some Scholarships in Georgia