A recent period of  higher education cutbacks in Illinois has created affordability and equity gaps for underrepresented students.

That’s according to new reports by the Partnership of College Completion (PCC). The reports note that from 2002 to 2018, funding for Illinois public universities was cut over 50 percent and community colleges saw a similar disinvestment. This caused many institutions to increase the cost of tuition to make up for the loss.

“When you cut education, you don’t cut the costs, you just shift the costs from the state to institutions, then from the institutions to students,” said Michael Abrahamson, policy analyst at PCC. “So, it disproportionality hurts students who have the least ability to pay and institutions that have the smallest financial market. It affects Black and Latinx students in Illinois in different ways but all to some degree because of how those costs are being shifted to students.” 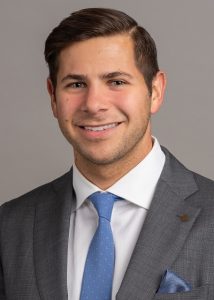 In order to analyze the state-wide underfunding impact on Black and Latinx students, PCC recently released two reports as part of a three-part series. The findings were organized based on major themes including access, cost and the ability to pay.

“We rarely talk about the impact on students and we rarely talk about the ways in which the state of Illinois really retreating from it’s historic investment in higher education has impacted the life trajectories of hundreds of thousands of students over the last 15 years,” said Kyle P. Westbrook, founding executive director at PCC.

In the study, Priced Out: Black Students On Illinois’ Disinvestment In Higher Education and What Can Be Done About It, researchers reveal that in 2017, 11,100 fewer Black students attended Illinois’ public and private nonprofit colleges compared to 2007, regardless of the similar numbers of high school graduates.

Westbrook said that some of the enrollment decline was caused by the recession. It was expected that once the recession ended, enrollment would be equivalent to where it was pre-recession, if not more. However, that was not the case.

“That was really shocking and should be a cause for alarm,” he added.

Only four of the 12 public universities and four of the 62 private nonprofit colleges in Illinois have a Black student population that is representative of the state’s population, according to the report.

In terms of financial inequity gaps, the median Illinois Black household earns $33,500 compared to $62,000 for White households and is three times more likely to have an annual income below the federal poverty line. Additionally, the rate of debt is higher as 38 percent of Black graduates owed more than $15,000 in loans, compared to 23 percent of White graduates, the report also found.

PCC’s most recent study, Priced Out: Latinx Students On Illinois’ Disinvestment In Higher Education and What Can Be Done About It, showed similar gaps.

Although Illinois saw an 81 percent increase of Latinx high school graduates as well as college enrollment double from 2007 to 2017, the rate of earning four-year degrees did not share the same growth. This is due to low transfer and completion rates. Additionally, in terms of tuition cost, Latinx families pay 39 percent of their income to attend public universities and 49 percent for private universities, compared to White families who pay 31 percent and 35 percent, the report found. 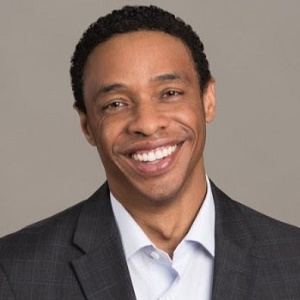 In general, in order to address these equity issues, institutions need to focus on remedial courses and developmental education to ensure that Illinois is giving students the “best possible chance to succeed,” according to Westbrook.

At the state level, Illinois needs to reinvest in its institutions. Both reports advocated and recommended an equity-driven funding formula for higher education, meaning the institutions who serve the highest percentage of low-income or underrepresented students should receive a “higher appropriation than public institutions that are not serving representative portions of student populations in terms of race and socioeconomic status,” said Westbrook.

Within the next week, PCC will release the last report titled Priced Out: Rural Students which focuses on the divide between those who can afford to leave their hometown for four-year degrees from public and private institutions and those that stay in the area to earn two-year degrees.

“Higher costs means they incur more debt and higher debt means that these students can less afford to move back to their hometown,” said Abrahamson. “There’s a lot of national research that says a lot of rural students do want to move back and raise families in the places they are from but with large amounts of student debt, because they stand to make more in cities, it’s a less tenable proposition which is both inequitable and bad for the state.”

In order to see results within the state’s higher education system, the reports should be shared with both institutions and policy makers, said Abrahamson.

“I hope [these reports] will be a good launching pad for conversations on these topics,” he said. “I think we have to have these conversations with the public and that this is about investment, it’s about the future of our state and equity.”