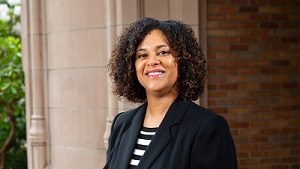 The Association of American Colleges and Universities (AAC&U) announced it will award its Frederic W. Ness Book Award to Jim Crow Campus: Higher Education and the Struggle for a New Southern Social Order” by Dr. Joy Ann Williamson-Lott, a professor of history of education and dean of the graduate school at the University of Washington College of Education.

“Williamson-Lott’s pivotal book illustrates the power of student and faculty activists in the Black freedom struggle and anti–Vietnam War movement to advance social justice by disrupting entrenched racialist structures within the academy,” Dr. Lynn Pasquerella, president of the Association of American Colleges and Universities, said in a statement. “Jim Crow Campus is a timely addition to a growing body of literature that informs AAC&U’s acknowledgement of student activism as a form of High-Impact Practice.”

The author will be presented with the award on January 23, 2020 at the Association of American Colleges and Universities’ annual meeting in Washington D.C.

Some Colleges See Rise in Summer Enrollment Despite COVID-19 Pandemic