At no time post-civil rights, has there been a period that has offered a brighter glimmer of hope to the countless thousands of incarcerated offenders in America as we are experiencing today. The reemergence of correctional education opportunities through the Second Chance Pell Initiative has given hope to prisoners who were not fully engaged in something as beneficial/rewarding as postsecondary education and without much hope.

While still in its pilot stage, the Second Chance Pell Initiative has generated newfound optimism and inspiration for offenders, parents, children and relatives of those who are incarcerated. The Rand Corporation along with other research think tanks have provided much needed foundational data that clearly articulates the value of correctional education. Research indicates a 43% reduction in recidivism for offenders who earned an academic or vocational certificate or degree while incarcerated. These research efforts supported the initial launch of the Second Chance Pell Initiative.

While the second chance Pell Initiative is entering its fourth year, there is no doubt that the return on America’s investment in its underserved prison population will yield huge returns regarding the number of offenders who will not return to prison. Additionally, it is anticipated that we will see a substantial increase in the number of returning citizens who contribute to society by becoming taxpaying citizens, mentors, entrepreneurs and property owners. 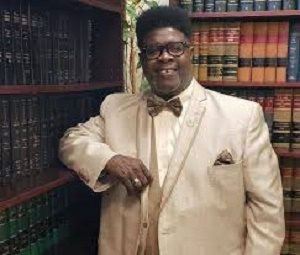 According to the Vera Institute, it costs an average of $31,000 per year to house an inmate. Alternatively, it cost less than $10,000 per year to educate an inmate and that is on the high end. Most offenders earn their credentials in 18-36 months. Correctional education offers the greatest sense of promise to all involved and has proven to be a sustainable solution for reducing the number of offenders who continue to return to the revolving doors of incarceration.

Correctional education is a Godsend for the thousands of men and women locked up behind bars in federal and state penitentiaries throughout America. Hats off to the lawmakers and politicians on both sides of the aisle that recognize how critically important education is to those who wish to make a better life for themselves and their families. Correctional education is to the offender what the Balm of Gilead was to the wounded Israelites in Israel. I solicit those in authority to permanently reinstate Pell Grants so all inmates can have a chance to improve their lives and return to their communities whole.