Yet her path to being a crusading advocate for restorative justice committed to dismantling the prison-industrial complex had some twists and turns.

While attending graduate school at Cornell University, she planned to write her dissertation on the criminalization of poverty.

However, she wasn’t making any progress.

Instead, she became heavily involved in on-campus anti-apartheid activism. She recalled hundreds and thousands of students and campus employees engaging in protests, many of whom were arrested or expelled.

“I was working very hard on defending people in order to ensure that they could remain engaged in this mass movement,” said Daugaard. 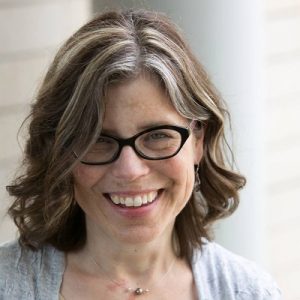 When she chose to pursue a career in law, Daugaard ruled out a career in criminal law because a family member was “poorly represented” by a series of public defenders. At the time, she saw it as a “mechanical and oppressive system.”

After graduating from Yale Law School in 1992, she moved to New York and became the legal director at the Coalition for the Homeless.

“A lot of the homeless activists that I was trying to assist as a civil rights lawyer kept ending up under arrest and in the Tombs [jail] in Manhattan, sort of disappearing from others,” she said. “They didn’t show up for meetings because they got arrested for turnstile jumping or their homeless encampment got swept away and they lost all of their things.”

Daugaard became interested in “high-volume, low-level criminal law enforcement” after working with a number of activists.

Her desire not to hold a job as a public defender didn’t last long.

Originally from the Seattle area, Daugaard moved back to Seattle in 1996 after four years in New York. She became a staff attorney at PDA, later becoming deputy director. In 2011, she worked alongside police, district attorneys, public defenders, political leaders and service agencies to establish the Law Enforcement Assistant Diversion (LEAD) Program. It aims to redirect individuals who commit low-level criminal offenses such as street-level drug possession or sex work to community-based intervention programs rather than face jail or prosecution.

“For the individuals and their families who had previously inducted into jail and a court system, it would be a much richer set of supports and better conceived strategies for healing and trauma informed care,” said Daugaard. “It was set up to have no losers. No one who was getting anything out of the old way of doing things would lose. Yet, it would radically reduce the harm that had been inflicted by our era of overincarceration.”

As part of the program, which gives recipients access to resources like housing, health care and job training, Daugaard has seen the immense impact on people’s lives. Many individuals find physical, mental and emotional healing and reconnect with family members, she said.

Additionally, the program has reduced recidivism rates. LEAD participants are 58% less likely to be arrested after enrollment in the program compared to those who underwent normal legal processing, according to PDA’s website. 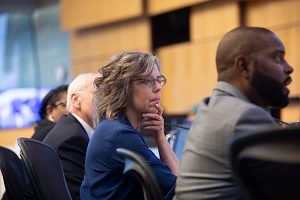 “Seeing that on a mass scale is really incredibly gratifying, particularly because this was a group of people where basically nothing else was working for them,” said Daugaard. “Without this change in approach, one could have easily forecasted that folks could have dwindled and continued to be in a very marginalized position. Instead, they’ve really reclaimed a vibrant role in their families and communities.”

In 2015, Daugaard came back to PDA to serve as executive director. Currently, she remains interested in the intersection of criminal legal system reform, police reform and public health innovations.

Daugaard said that becoming a MacArthur “genius” Fellowship recipient is individual recognition for a group effort. However, she finds the nomination encouraging and feels a “deep constituency for healing and reconciliation.”

“This is genuinely not something that one person could had imagined or put together,” she said. “If it had been what I imagined, it would not have worked and no one would ever have heard about it. It’s really the deep genius of some police leaders, some prosecutors and some civil rights leaders. All of whom had to take chances and really be pretty courageous within their sectors and deviate what they have been taught and take a leap of faith together.”

NAACP’s Leader Seeks to Tap into Energy of Youth

Faculty of Color Urged to Heed Call of Activism