The University of Pennsylvania law school changed its name to Carey Law after a $125 million donation from the W.P. Carey Foundation, the Philadelphia Inquirer reports. 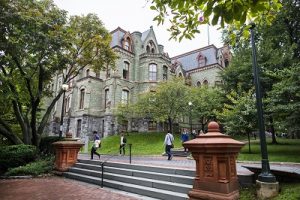 The decision was met with mixed reactions. Over 2,200 alumni and students signed an online petition against the name change. The petition asks that the school still be called “Penn Law” in shorthand because of the name recognition.