The Secret Service released a report last week that shows many attacks at U.S. schools can be prevented.  While this may come as a surprise to some, it aligns with what experts have known since before Columbine. Those of us who work to prevent mass, rampage, and targeted assaults (e.g., shootings, stabbings) have been operating through the use of behavioral threat assessment, which the Secret Service identifies in this report, and case-specific behavioral plans for close to two decades.

But one of the main differences between how a school and the Secret Service go about identifying an attacker is that school administrators are concerned that prevention is profiling.

To clarify, profiling is done by agencies such as the FBI to predict an individual’s likelihood of perpetrating a crime. The use of behavioral threat assessment is not profiling. Instead, it is geared at identifying behaviors of concern as well as non-normative life events that may lead one on a pathway to violence.  By extension, profiling predicts, while threat assessment prevents.  Plots have been thwarted through the use of threat assessment and proper case management.  The majority of these cases go unreported due to the need to protect the student’s anonymity. 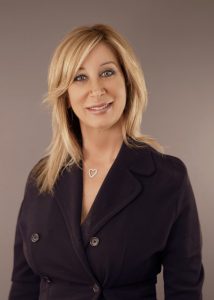 Behavioral threat assessment combines a climate in which key staff and personnel know what to look for and whom to tell if they are concerned about a student being at risk of an extreme act of violence (e.g., shooting with specific individuals as desired victims).  Experts have extended the notion of threat assessment beyond its typical use in college and the workplace and have spent decades modifying content that has been primarily directed toward the aforementioned populations with the goal of addressing prevention through intervention of shootings at the K-12 level. We cannot prevent every incident through threat assessment, but it is important that we reach students as soon as concerns are identified. We must train key school personnel on identifying behaviors of concern as much as we train on behaviors that should not be of concern. Teachers, counselors, school resource officers, parents, school nurses, even students should be aware of what to report and to whom. Districts should have an anonymous tip line where anyone in the community, especially the school, is encouraged to report a concern or a designated safety contact who then relays concerns to the team. Once the information is shared with the appropriate individual, the case should then be discussed among members of a behavioral intervention team (BIT) or community assessment, response, and evaluation (CARE) team.

Classmates, teachers, parents, counselors, and school resource officers often see signs in artwork, journals, interaction with classmates/teachers/counselors, online activity, medical visits, and/or e-mails but the information is not communicated through the correct channels, not triaged by a multi-component team to determine risk, and/or goes unreported. The only way these individuals recognize warning signs and report them properly is if they are trained in behavioral threat assessment and if the school district has a team that uses such structure questionnaires as the SIVRA-35 and the VRAW-2, which work toward determining whether or not a threat is indicated and, if so, what level of threat is possible. Executive Director of the National Behavioral Intervention Team Association (NaBITA) Brian Van Brunt, who also teaches at The University of Toledo, has worked to create perhaps the best assessment tools available, which the Secret Service references in its report.

According to the Secret Service report and experts, while there is no specific profile for an attacker, many suffer from bullying, negative home life factors, and previous disciplinary actions at school or with law enforcement. For example, the shooter at Marjory Stoneman Douglas High School has been described as previously violent to the extent he was expelled from school and a call was made by a community member who expressed concern that he would be the next school shooter.  She was right.  He was acting out violently.  Unfortunately, those who took the call were not likely aware of the extent to which these incidents can be prevented.

Though these acts are never justified, one need only gather biographical information on the perpetrator to conclude that his life has been beyond less than ideal.  The shooter was adopted at a young age by doting parents. His father provided unconditional love, then when the perpetrator was five years old, his father died of a heart attack in his presence. Subsequently, his behavior became disconcerting. He was in trouble a lot for acting out in school. Add to these factors, a half-brother who physically and verbally bullied him to the extent, the perpetrator once said, “you make me want to kill myself.”  All he wanted was a connection.  He had nobody. As I’m describing his life events, I could easily be describing other perpetrators who lived through hauntingly similar circumstances.

Too often we work in ‘silos’ and one individual attempts to take care of a student of concern. Teams should be comprised of law enforcement, professors, teachers, school nurses, school counselors, mental health professionals within and outside of school, and others in key roles. Increasing knowledge to all of these groups ensures that the assessment is correct and, in turn, intervention ordered for the student isn’t solely psychologically, policy, or law enforcement based, but is an attempt to help the at-risk individual identify what is making him/her feel and act in a negative, alarming fashion and assist in developing the individual’s ability to cope, lessening anger and hostility, and fostering a healthy future. It is of critical importance that training and education are provided to the professions involved in threat assessment.

The Secret Service report is a detailed account of behaviors and experiences of concern, those that should raise red flags and warrant investigating by a properly trained threat assessment team.

Dr. Lisa Pescara-Kovach is an associate professor of educational psychology and director for the Center for Education in Targeted Violence and Suicide at the University of Toledo.