Despite strong beliefs in the importance of higher education, 45% of young Americans said that a high school diploma can provide adequate preparation for today’s economy, according to a report carried out by The Associated Press-NORC Center for Public Affairs Research.

The study, “Young Americans’ Views on the Value of Higher Education,” analyzed the viewpoints of teens and young adults aged 13-29 on the overall affordability, worth and benefits of pursuing a postsecondary degree. 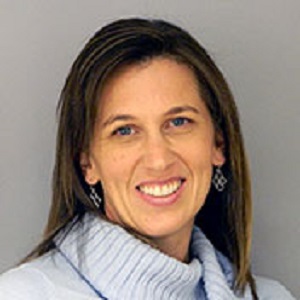 “In an era when there has been so much focus on college affordability, we were interested in how young people viewed the value proposition for higher education,” said Dr. Jennifer Benz, principal research scientist and deputy director of the AP-NORC Center. “Do young people perceive a return on investment to attending college?”

In general, 48% of young individuals planned to attend, are currently attending or have attended a four-year college. On the other hand, 27% said the same about community college, vocational school or trade school, the report stated.

Research found that for 56% of young Black Americans and 51% of young Hispanic Americans, completing a high school diploma was enough to prepare for future success. However, only 41% of young White Americans agreed.

Hispanic individuals were 10% more likely than White individuals to feel that an associate degree was sufficient preparation for success. On the other hand, 65% of young White Americans felt that completing a vocational or trade school was an ample way to prepare for the future compared to 52% of Hispanic Americans, according to the study.

Additionally, in terms of partisanship, 66% of Democrats felt that a bachelor’s degree was better for success compared to 56% of Republicans and 52% of independents.

Dr. Leah Barrett, recently appointed president of Northeast Community College in Nebraska, emphasized the value of a postsecondary education. She said that other research continues to show that people who earn an advanced degree are able to increase their income.

“I feel strongly about the importance of college attainment,” she added.

According to the United States Bureau of Labor Statistics, in 2018, the median earnings for workers with only a high school diploma was $730 a week. Those with a bachelor’s degree earned $1,200 while those with a master’s degree averaged $1,400 weekly.

However, the data shows that young adults see multiple paths towards success in today’s economy, according to Benz.

“Young people overall, do feel positively about their own high school experience,” she said. “A majority do feel that the high schools they attend or attended are doing a good job providing students with the knowledge and skills they need for many post-high school pathways, including a four-year college, a two-year college and vocational schools.”

For those who take the higher education route, affordability remains a large concern.

To be able to attend a post-secondary institution, 77% of teens and 55% of young adults plan to or have already taken out loans. While 47% are concerned about student loan debt, 62% are concerned about making enough money to earn a good living, according to the report.

Regardless of the fact that the majority of young Americans believe higher education has an affordability problem, 77% still say four-year college offers at least as many advantages as disadvantages.

Community colleges can play an important role in maintaining affordability and can be a “significant player in preparing students to transfer to a four-year institution,” said Barrett.

There is also bi-partisan support among young Americans for solutions to finance higher education.

“While young Democrats support each policy more than other, there is still majority support among political independents and Republicans for several policies including making college free for less affluent students in households making less than $100,000 per year,” said Benz. 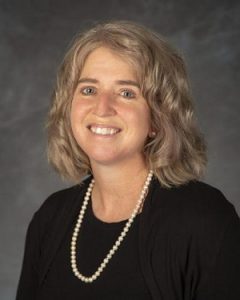 In terms of safety and health concerns, high schools and colleges were rated poorly. Only about one-third said colleges and high schools do a good job addressing mental health needs of their students and about four in 10 said they do a good job dealing with sexual assault.