Why the Detroit Literacy Case Matters to Higher Education 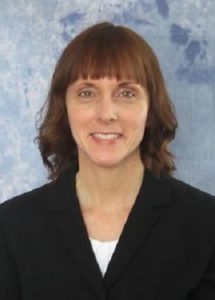 Chronically low literacy rates; classrooms without certified teachers; buildings with leaking roofs, vermin, and mold; missing and outdated textbooks—these conditions in public schools have raised fundamental questions about the rights of children.  They have strong implications for higher education.

In Gary B. v. Whitmer (formerly Gary B. v. Snyder) seven Detroit students and their families are suing the state of Michigan for denying them the right to read.  They are not seeking damages.  Instead they want the provision of evidence-based literacy instruction, improvements to school infrastructures, and a judicial declaration of their right to equal protection under the Fourteenth Amendment.  As colleges and universities weigh the factors that are contributing to low student enrollment, they should take note.

In dismissing the case, while acknowledging that the students’ school conditions and outcomes in Detroit were “nothing short of devastating,” a district-court judge, Stephen J. Murphy, concluded last year that the United States Constitution does not guarantee access to a “minimally adequate education.”  Gary B. v. Whitmer is currently pending before the United States Court of Appeals for the Sixth Circuit.  In support of the students, the International Literacy Association (ILA); the National Council of Teachers of English (NCTE); and 16 other professional organizations in the field of education have filed an amicus brief.  They maintain that the unsafe, overcrowded, and deficient environments in the plaintiffs’ schools hinder learning.  While associating illiteracy with long-term consequences, such as unemployment and incarceration, they note that literacy is necessary to be an informed participant in our democracy.

In an interview, we asked civil rights attorney, Mark Rosenbaum, about his work on the case.  He asserted that compulsory attendance deprives students of their liberty; basic, minimal skills must be taught in order for schools to justify their mandate.  He also spoke about the implications of illiteracy for civic engagement.  Rosenbaum’s conclusions are shared by Michigan’s own attorney general, Dana Nessel, who supports the student appellants.  Reading is vital to democratic citizenship.  Rosenbaum stated: 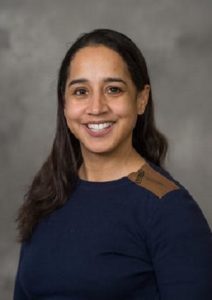 Race and history are relevant to the Gary B. v. Whitmer case.  As in other parts of the United States, schools in the Detroit metropolitan area today are markedly segregated along racial lines.  About 82% of Detroit’s students are African-American, and the majority live in poverty.  Only Washington, D.C. has districts that are more segregated than those in Michigan.  Because of low scores on the Scholastic Aptitude Test (SAT), many Detroit students have had difficulty entering four-year colleges.  As universities seek to address the underrepresentation of students of color on their campuses, grappling with the structural inequalities within public school systems will be necessary. 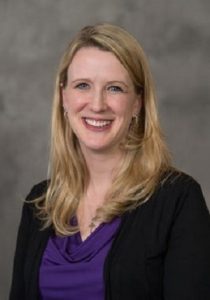 For centuries in the United States, African-Americans have faced obstructions to their access to literacy, education, and opportunity.  In My Bondage and My Freedom, Frederick Douglass wrote about the risks that enslaved people took when they circumvented laws by learning how to read and write.  After Reconstruction, Jim Crow laws in the South segregated students and imposed literacy tests on voters in order to disenfranchise African Americans. Rosenbaum asserted that, despite the Brown v. Board of Education (1954) ruling that segregated schooling violated the equal protection clause, the education that is offered in the Detroit metropolitan area today is separate and unequal.

Compellingly, the city of Detroit has publicly backed Gary B. and the other students in the case against Michigan.  Educators in the Detroit Public Schools have gone to considerable lengths to draw attention to the educational crisis.  In 2015 and 2016, they held “sickouts” to raise awareness of unsafe building conditions and to demand reforms.  Their protests had an effect: a new superintendent, Nikolai Vitti, assumed the helm of the district in the fall of 2017.  Vitti has hired more credentialed teachers, and he has begun the process of rehabilitating learning environments.  But progress will take time.  Because dilapidated and consistently low-performing schools remain, and they are not unique to Detroit, the ruling in Gary B. v. Whitmer will have national consequences.

Gary B. has graduated from high school.  He is not enrolled in college, despite his dream of becoming an accountant.  In the hope of helping his siblings and other students in Detroit, he remains a plaintiff in the case against Michigan.  By bringing to light the dire conditions in some public schools, his case has created a moral and professional imperative.  As college access and success are closely tied to student readiness, the provision of high-quality public schooling is of vital interest to higher education and warrants our attention and advocacy.

Diversifying the Academy the Right Way