Dr. Daria J. Willis, president of Everett Community College, was an undergraduate at Florida A&M University when her daughter was born. During nights and weekends, when Willis took classes, childcare facilities in the area weren’t open so she had to send her daughter to live in Georgia with her mother for a semester. At one point, Willis was working three jobs to pay for tuition, food and the needs of her toddler. Her Pell grant only helped so much.

“I just remember the experience being difficult, expensive,” she said.

New legislation – introduced by U.S. Sen. Cory Booker on Wednesday – could improve student life for struggling parents. The Preparing and Resourcing Our Student Parents and Early Childhood Teachers Act, or the PROSPECT Act, would offer competitive grants to community colleges and minority serving institutions to create free childcare options for student parents. Institutions could apply for up to $20 million in funding. The presidential candidate’s bill would also make more students eligible for the Child Care Development Block Grant subsidy – a federal and state program that helps low-income families pay for childcare. It require colleges to inform students about the Dependent Care Allowance, as well, which enables financial aid offices to increase the education budget available to students by including childcare costs.

“Today’s college students are faced with realities that are very different than the idyllic assumptions we have of them,” Booker said in a statement. “Millions are raising kids and have enrolled in college to improve their life circumstances for their children, but too many are forced to drop out because quality childcare is unavailable or unaffordable, leaving them without a degree and saddled with student debt.”

Willis described the legislation as “all positives” and the “best thing one could ask for at this point.”

“Just the thought of being able to expand those opportunities for students would be awesome, she said. “Because I remember what it was like myself, and it was a very difficult journey.”

Parents make up a significant portion of today’s student body. About 22% of undergraduates – one in five – are student parents, according to research from the Institute for Women’s Policy.

For example, “what if we built this nice and shiny program where we have evening and weekend classes for our students?” she said. “But they probably won’t be able to come if I can’t ensure that we have safe and reliable childcare options.” 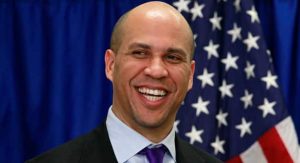 A lack of on-campus childcare also impacts some communities more than others. Nearly 42% of student parents attend community colleges, and large percentages of minority students have kids at home. About a third of Black students, over a fourth of Native American students and about a fifth of Latinx students are parents. The numbers are even higher for women of color. Student parents make up 40% of Black women, 36% of Native American women and 26% of Latinas attending college.

According to Lindsey Reichlin Cruse, study director at the Institute for Women’s Policy Research, student parents of color struggle financially, as well, with Black parents having “by far” the highest levels of student debt compared to other parents. This means policies that impact student parents are also about diversity and inclusion at their core.

“All of this is going to reverberate in communities around the country, and [that] may look different for student parents of color and Black student parents,” she said. Supporting student parents “has implications for achieving racial equity goals in higher education more broadly.”

While federal legislation has a role to play, Reichlin Cruse suggested strategies to help student parents at the campus level. The first was data collection. Campuses don’t typically know how many student parents they’re serving or track student parents’ academic trajectories, she said. She also advised that campuses have clear, well-advertised policies for student parents, like where and when to breastfeed and how to make up absences when their kids are sick.

Student parents often feel “a sense of invisibility” on campus, she said, and these steps can help schools start to “integrate and acknowledge that student parents are there, they’re a part of the fabric of the campus.”

Willis emphasized that college campuses need to change their overall culture to become more conducive to parenting. For example, faculty need to offer classes at times more convenient for parents, like evenings and weekends, she said. Campus communities also need to be more understanding about kids coming into libraries and classrooms.

Willis gets it. When she interviewed for her presidency at Everett Community College, she had a baby at home and had to think about where she could pump breast milk on campus, like the student parents she now serves – and the student parent she once was. So, she’s in the process of installing a “pump pod” where student parents can go between classes on her campus.

“I think the legislation will go only as far as we take it,” Willis said. “We have to start making a cultural change in society, and more importantly on our campuses, to where we are more welcoming to student parents.”