Diversity is essential to combat healthcare disparities, but a recent report shows that the number of underrepresented minorities graduating from U.S. medical schools is still disproportionately low.

White Coats for Black Lives (WC4BL) was formed by medical students in 2014 with the vision of safeguarding the well-being of patients and eliminating racial bias in healthcare. ­ The organization’s membership aims to foster dialogue on racism as a public health concern, end racial discrimination in medical care and prepare future physicians to be advocates for racial justice. In addition to promoting diversity and inclusion, WC4BL believes academic medical centers must commit to policies and practices that intentionally promote racial justice. ­ The organization espouses the belief that it is essential medical students feel free to share their views and be justice advocates.

“­This information is highly important, specifically for the minority and underrepresented applicants to better understand the resources you may have at an institution,” says Michael D. Druitt, an assistant professor in the school of science and medical science and pre-health coordinator at Hampton University. “Having underrepresented minorities on staff to assist those students is essential to help those students feel comfortable while they’re there so they can perform at peak levels.” 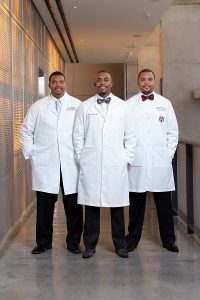 The medical profession does not represent the U.S. population. In 2018, only 11.2% of medical school graduates were Black, Latinx or Native American according to the Association of American Medical Colleges. ­ There are also significant healthcare disparities, such as patients of color having limited access to academic medical centers. Included among the medical schools in the report are Harvard Medical School, Johns Hopkins School of Medicine, the University of Michigan Medical School and the University of Rochester School of Medicine and Dentistry. Grading and research were conducted by students at the medical schools if relevant student groups at the individual schools responded to WC4BL’s request for them to participate in the study. Grades were given based on publicly available data for institutions whose relevant student groups did not respond to WC4BL’s invitation to participate in the study. WC4BL also conducted focus groups of current medical students. Each medical school dean was shown a draft of the report and given the opportunity to provide feedback.

“­The report did show that some of what you would look at as prestigious schools, they just don’t represent minorities. ­ They’re not … addressing those racial disparities,” says Dr. Joseph Semien Jr., an obstetrician/gynecologist (OB/ GYN) who attended Xavier University of Louisiana as an undergraduate.

Fran Scott, assistant director for the Office of Premedical Advisement & Medical Scholars Program at Florida A&M University (FAMU), says the report’s information is important to anyone who works with minority students aiming to go into healthcare. Scott says that FAMU seeks to find out which medical schools are interested in recruiting Black students and have sufficient resources to meet the needs of those students. Also, like Xavier, FAMU wants to identify what the needs of the students are, so FAMU can “strategize in order to assist the underrepresented minority students who have an interest in pursuing medical school.”

Dr. C. Reynold Verret, president of Xavier University in New Orleans, says the inclusion of race and racism among educational issues evaluated in the report is impactful. 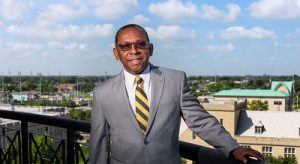 “Students do not receive understanding of the nuances of race and racism or understanding of how they interfere with effective care delivery,” Verret says. “Medical students must learn how misapplication of the concept of race leads to inferior medical practice.”

Xavier University is among the top institutions in the nation to produce African-American students who go on to graduate from medical school. Semien and two other alumni, Dr. Pierre Johnson, an OB/GYN, and Dr. Maxime Madhere, an anesthesiologist, wrote the book Pulse of Perseverance: ­Three Black Doctors on ­Their Journey to Success, detailing their experiences.

Preparation for medical school begins in middle school and high school; students begin to learn complex science concepts in and around the seventh grade but some aspiring physicians of color have limited access to a rigorous science curriculum at the K-12 level. So for many, dreams of being a physician could end once they encounter a premed curriculum at the college level and lack the preparation to succeed in such classes. Yet at Xavier, Johnson, Madhere and Semien found support for students coming from high school experiences that did not prepare them well for the rigors of premed coursework.

“If you put [someone] in an institution that’s not supportive and in a space with people who already have pre-existing notions about young Black kids from urban environments … they’re looking at him like he doesn’t belong there,” says Madhere. “If [someone] doesn’t thrive early, that stereotype gets replayed over and over again.

“Xavier tries to even that gap,” Madhere adds. “All of the resources are there and it removes the societal handicaps.” Xavier has built an infrastructure and programming that allows students who aspire to be doctors to succeed in undergraduate premed curriculum. Xavier even provides progress reports, detailing statistical analysis of how students are progressing toward their goals for various careers in the health sciences.

“There is a net that’s going to catch you and show you the way if you work hard,” says Johnson. “When I started struggling in the beginning, there was structure there to say, ‘These are your deficiencies. These are the things you need to work on. These are the tools that are here for you. Utilize them to their fullest and you’ll progress.’”

When Johnson, Madhere and Semien initially did poorly on the Medical College Admission Test (MCAT), advisers at Xavier had Johnson and Madhere participate in a postbaccalaureate program to improve their scores, while Semien earned a master’s degree in public health to increase the strength of his medical school application.

As noted in the report, medical schools affiliated with undergraduate institutions can collaborate with those institutions to support URM students interested in pursuing careers in medicine. Other schools have established pipeline programs. Xavier and the Michigan State University College of Human Medicine recently announced an agreement that will provide academic advising for Xavier students and the possibility of enrolling in a program to build clinical and service experiences in preparation for medical school admission.

Druitt has built relationships with several medical schools that are eager to have Hampton students apply. Those institutions invite Hampton students to participate in summer enrichment activities. He says it helps the students know where they are truly welcome.

A significant obstacle for many students is cost, says Scott. The Kaplan Test Prep courses to prepare for the MCAT begin at $1,799.

“That’s a huge price tag for many of the students here,” says Scott. “They and their families are not in a position to afford that price tag.”

Madhere says a huge obstacle to diversity is that most medical schools have the same criteria for all applicants. To get a medical student population that is representative of the general population requires more than simply accepting applicants of color who have the same grades and MCAT scores as White applicants.

“[Medical schools] won’t even look at you as a person without seeing your MCAT scores,” says Johnson. “They are closing the door on a lot of kids that are brilliant.”

Scott says many FAMU students have high grade point averages, relevant experiences and well-written personal statements, but if they don’t score well on the MCAT, they may not get accepted to medical school. All of those interviewed for this article advocate for holistic admissions practices that factor in critical thinking, empathy and life experiences as well as grades rather than looking at MCAT scores alone.

“It’s not just about faces on a web page,” he says.

Diversity in medical schools leads to diversity among physicians and researchers, which helps address healthcare disparities. For example, Druitt notes there is very little research on the treatment of prostate cancer in Black men. Hampton received a grant from the National Institutes of Health to develop the Minority Men’s Health Initiative.

“It is important that clinicians be ready to respond to the needs of the population and to understand these needs,” says Verret. “As the nation becomes more Black and Brown, talented young women and men of color will be needed among those who support advancement of the nation in healthcare and every dimension of American life. We fail to educate these minds at our collective peril.”

Dr. Wayne A. I. Frederick Balances Life of a Surgeon and University President