After years of struggle, the Middle States Commission on Higher Education announced on Monday that Cheyney University—the historically Black university located in Pennsylvania—will keep its accreditation.

The news was met with celebrations from supporters of the nation’s oldest HBCU who watched after the institution experienced one set back after the next including declining student enrollment and fiscal challenges.

But things started to turn around for the university over the past year. In August, Cheyney announced a fiscal surplus of $4.4 million for the first time in eight years thanks to money raised by donors, alumni and a state grant. This year’s student enrollment has increased by 32% —an additional 149 students—this year than last. It currently hovers at about 618 students, though university officials predict that they will double that number over the next few years. 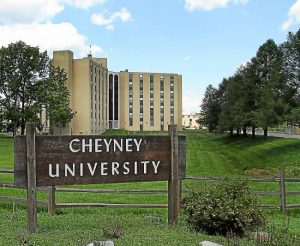 Dr. Janelle L. Williams, associate dean of Graduate Studies and Extended Learning at Widener University and an alumnus of Cheyney said that she was “overjoyed ” to receive the news that Cheyney’s accreditation was reaffirmed.

“Yet, as an administrator in higher education, I took this news as an opportunity for the institution to reposition,” she said. “This is the beginning of a new era for Cheyney, and I am excited to see how the plans unfold.

Wolf, who has been a stronger supporter, said that Cheyney will continue to play a critical role in educating students

“Cheyney University is the nation’s first historically Black university and remains an important educational resource for many Pennsylvania students,” Wolf said in a statement, adding that the new accreditation will allow students from all backgrounds to “have an equitable education that will prepare them for a successful future.”