Should My Black Child Participate in Her Thanksgiving Day Play? A Look Into the Need for Culturally Competent Pedagogy - Higher Education

Adorned in pilgrim pageantry and indigenous garb, Charles Shultz’s A Charlie Brown Thanksgiving has been a seasonal fixture on network television since its first release in 1973. While draped with lessons about friendship, thankfulness, and community, there is still a reenactment of the Mayflower story that irks me to my core. He along with many others who choose to illustrate this story typically approach it with a colonial bend that broadly glosses over the genocide and exile of indigenous people in order to focus on the freedom and victory of the White pilgrims. As a Black parent with an inquisitive Black child, I anticipate being left to answer difficult questions about our place in history including that which surrounds this story. I’m plagued with internal battles regarding whether I allow her to dress up like a pilgrim or indigenous person at her school’s Thanksgiving Day Play, at the request of her teacher. Do I continue to perpetuate this occasion as a jovial interaction between captor and captee by simply telling her she looks cute in her headdress and twirled her “I am Squanto” sign masterfully?

With the achievement gap amongst Black and White students growing wider every day, the enthusiasm surrounding learning becomes further challenged when there is a lack of inclusive education or sensitive instruction. If Black or Brown students are constantly being reminded of a history that doesn’t include their culture or perspective, how are they to reconcile what they are learning to who they are? Does this positioning present a broader psychological disparity regarding the perception of their own abilities? This “stereotype threat,” as referenced throughout the extensive research of Claude Steele, signals the manifestation of historically placed ideologies that present intellectual barriers to students who don’t view their capacity outside of their cultural narrative. 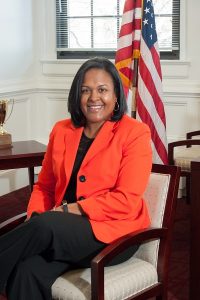 When more than 80% of U.S. teachers are White and the demography of classrooms continue to include more students of color, culturally conscious teaching methods are not only essential, but should be within the fabric of every curriculum. The suggestion that inclusion has become a global agenda for educational institution is being argued by scholars around the world, for example Lawrie et. al. cites that instructors “should concern themselves with increasing the participation and broad educational achievements of all groups of learners who have historically been marginalized.” The importance of inclusive and diverse instruction must extend pass the feel-good necessity institutions have to check off a diversity box. Truly understanding the impact of Black and Brown intellectualism throughout the course of history is the sum total of a comprehensive equitable education. Such an approach can expose all relevant aspects and perspectives to subject matter which creates a more grounded and well-rounded global community.

I’m not asking for there to be a color-blind approach to teaching or to shift the focus of difficult references as was posited in an NPR article titled, “How to Talk to Kids about Thanksgiving.” Simply eliminating the origin of the acknowledgment, to yield toward a more pleasant iteration, is not the answer. As Bettina Washington, a Wampanoag tribal historic preservation officer reflects, “It’s not a pretty history by any stretch of the imagination, but we need the story to be told truthfully”. This country has for too long utilized the education system to further its desire to maintain a white patriarchal space. The Trump campaign’s concept of “Making America Great Again” pumped oxygen into America’s most malignant entities that for 8 years felt that the U.S. colonial narrative was being stripped of its power because black and brown citizens were being considered in featured, intellectual, and more prominent positions. After all, “Trump is the symptom not the cause,” reflects President Barack Obama.

Because race is not a topic that, even in 2019, the country seems completely comfortable in discussing, there is an inclination to continuously feed our kids a more digestible approach to U.S. History. Evidence of this fact was found in a 2015 McClatchy-Marist Poll when only 8% of high school seniors identified slavery as the cause of the Civil War. Understanding that we are not interested in placing blame or identifying villains, white fragility has to depart to be able to address difficult times in history in a way that strengthens the consciousness of all students and challenges the ideology that shaped the development of this nation.

I bet you are wondering whether I decided to let my daughter perform in her Thanksgiving Day play? Sure I did– she is only 5 years old. While she has recognition of ethnic differences, she isn’t yet conflicted by these topics, nor do I want her to be; she will have plenty of time for that. However, I will always be truthful with her and present her with thoughtful answers to these difficult questions. I will stand as a concerned parent and advocate for inclusive conversations with her teachers and elementary administrators. My goal is for her and all Black and Brown children to receive instruction that encourages them to embody the power and strength of their ancestors.

Keisha Williams is a graduate student pursing a Ph.D. in Higher Education at University of North Carolina-Greensboro. Her research interests lie in identity contingencies and its effect on students of color.