The Dangers of Interjecting White Narratives in Higher Education Hiring

Many of you have read my recent article in Diverse titled, “The Impact of Whiteness on Higher Education Hiring.” I received a lot of feedback regarding the article. My Instagram, LinkedIn, and Twitter notifications were on fire and I was initially unsure what was happening. Once I realized the article had gone live, I was relieved to hear comments from many of you who understood; who were in the exact same boat, and many who were feeling alone in this higher education market hustle.

I was delighted to hear from so many White men in the position of hiring authority who acknowledged how they also negatively contributed to that process without intention. They indicated that they intend to do better. I also understand the nature of well-intentioned liberal Whiteness; how it shows up in ways that seem verbally supportive, but the actions may not always match up.  So, if you contacted me and you’re reading this, consider this me calling you out and holding you accountable for how you navigate, minimize, and reject your privilege when hiring African-Americans and persons of color. 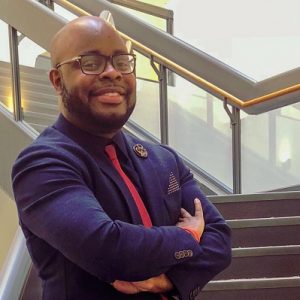 I come before you today with a new lesson. That lesson is recognizing the dangers of interjecting whiteness into hiring processes. I was contacted two nights ago from an executive recruiter. He indicated that he would be running the search for a STEM institution in Michigan. He asked if based on my experience, would I be interested in hearing more about the opportunity. I told him that I was open to having the discussion and would love to hear more. We agreed upon a time to talk via telephone and he indicated that I call him.

When did recruiters implement this practice? This is the second recruiter who contacted me and asked that I call them. I’m not going to make a sweeping generalization here. However, I will make an observation based on these two instances. That observation is that both engagements were less than professional. As the recruiter and I begin our forty-five minute long exchange I noticed something. For starters, the recruiter spoke for twenty-one minutes straight before taking a breath. When he did take a breath and allowed me to speak. He immediately jumped right back in and over talked, interrupted, or interjected his own ideas into my responses. It was the human embodiment of “white manning.”

Whiteness allows for White persons who don’t interrupt it to take up space without being invited to that space. Privilege at times is so blinding that even the most well-intentioned White person doesn’t realize that their privilege is super LOUD! During the discussion this recruiter stated some of the most offensive things I have ever heard. As he continued his rant about this Michigan institution, he indicated that the chairwoman of the board of trustees was African American “but she’s no token!”. I think he honestly believed that to be a decent thing to say.

I was immediately taken aback but it only went downhill from there. He continued by stating that “Howard University is 96% Black which means that it is NOT diverse”. This was deeply troubling because he’s stating that Blackness is monolithic. Black is a culture that many people of the African diaspora subscribe to, including, but not limited to: African-Americans, Africans, Afro-Latinos, and individuals with a Caribbean background.

To lump everyone together shows his lack of cultural awareness and cultural competency. How dare anyone working in HR, especially recruiting executively for DEI lead roles be this ignorant? He continued by stating that LSU (where he currently works or recently worked) “is the plantation of Louisiana.” At this point, my mouth is securely fastened to the floor. I could have given him that one pass, if he had not already offended my culture, my HBCU background, and me personally. What is the most disheartening fact about this all? It is that he is a “gatekeeper” for my potential employment.

I will not allow for him to be singled out as one bad apple. The truth of the matter is that he is one of many. Those who consider themselves to be doers of good while wreaking havoc everywhere they turn. Some will ask if I’m on the market why am I speaking out about racist practices? My answer to that is very simple. I am dedicated to this work, and not just from the safety of my own office, home, or social circles. I can’t resolve within myself the dangers of whiteness in hiring spaces simply because I may or may not be directly affected. Doing this work means that I speak on behalf of those who are afraid to speak, who cannot speak, and those who are kept from speaking. I’m not afraid of whiteness and I’m not afraid of calling it out.

Audre Lorde once said, “Your silence will not protect you!”. She also stated that “I am deliberate and afraid of nothing!”. As an intentional disruptor of oppressive systems, I would be remiss to keep quiet about such occurrences. If these issues exist, I will call them out! Navigating the post doc life is difficult enough without having to do battle with centuries-old practices that should be extinct. I implore all institutions who employ search firms to run your executive searches. Do not hire your good ole boy acquaintances, do your research on candidates, and lastly stop playing in my face and the face of other legitimate scholars and practitioners.