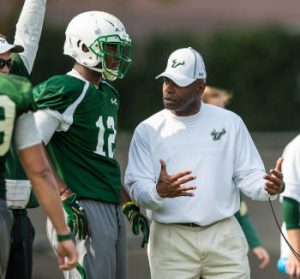 Strong joined USF in 2017 and began his tenure with a successful first season at 10-2, only to be followed by a six-game losing streak in 2018. The team recently endured a rough finish to this year’s season at 4-8, marking the second season in a row that the Bull’s faced a significantly reduced record and the first time since 2014 that the team failed to become bowl-eligible.