Following an eight-month search, Vanderbilt University, one of Nashville’s most prominent institutions, has appointed Dr. Daniel Diermeier as its ninth chancellor. 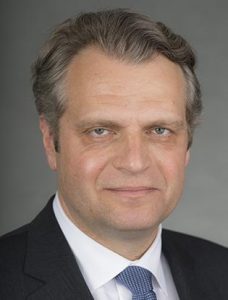 Originally from West Berlin, Germany, Diermeier was a first-generation college student who came to the U.S. to pursue his doctorate in the 1990s. He most recently served as provost at the University of Chicago where he focused on faculty expansion and financial reorganization. In his time there, the school’s endowment more than doubled to $6.4 million.

Though he doesn’t currently have specific initiatives or programs for Vanderbilt, he did say he wanted to focus on expanding development and research.

“It’s really about growing the eminence and the reputation of Vanderbilt University,” he said to the Tennessean.

Vanderbilt Chancellor Announces Plans to Step Down Amid Health Problems