The idea that a college student can work her way through school at minimum wage is a myth, according to a new report from The Education Trust, a college access advocacy organization.

The state-by-state study found vast differences between what low-income students earn and what they’re asked to pay, as student debt continues to occupy Democratic candidates on the 2020 campaign trail. 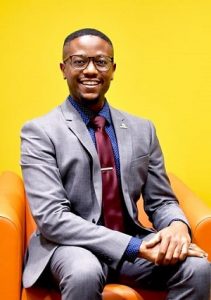 The study focuses on low-income students, specifically first-time, full-time undergraduates from families earning up to $30,000 a year. It shows their affordability gaps by state, which means the difference between the net price of college after scholarships and financial aid – including costs like textbooks, room and board – and what a minimum wage worker can earn in 10 hours.

More than ten hours is an unreasonable workload for a full academic schedule, according to the Lumina Foundation’s “Rule of 10,” cited in the report. The report also references studies that argue working over 15 hours a week slows students down in achieving their degrees.

The report found that in most states, low-income students’ affordability gaps come out to thousands of dollars. For four-year public institutions, the affordability gap is over $3,000 in almost every state, and the state average is more than $6,500.

Meanwhile, the report points out that the alternative to debt – or taking a lighter course load – is working longer hours, which impacts students’ academic performance and increases their risk of dropping out. In all but three states, students need to work at least 15 hours a week to afford the net price of college, the report found. In some states, like New Hampshire and Pennsylvania, the number is as high as 40 hours a week, a full work schedule.

“The numbers are pretty alarming,” said Dr. Marshall Anthony Jr., higher education research analyst at The Education Trust and a co-author of the report. “We’re thinking about, ‘When will students actually have time to study?’” 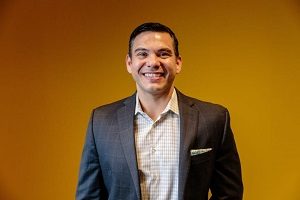 Community colleges and technical schools, are less expensive but still require students to cough up large sums to pay the total price of college, including costs like food, housing and transportation. In Vermont and New Hampshire, for example, the affordability gaps are over $7,000 and nearly $11,000 respectively, according to the report.

Plus, many students, including those who attend community colleges in high numbers, aren’t even accounted for in the data. The report doesn’t include part-time students or students returning to college, who face their own set of financial challenges and may face even larger affordability gaps.

The high net cost of community college is “surprising but not shocking,” he noted, given the array of other expenses associated with college. He also pointed out that presidential candidates are proposing plans for free community college, but they rarely talk about college costs beyond tuition.

Meanwhile, according to the report, some of the worst affordability gaps for students are in swing states like New Hampshire, so it’s especially in candidates’ interest to be mindful of this research.

“We would like candidates to say that the full cost of college should be debt-free for low-income students and affordable for all students,” Del Pilar said.

The authors of the report hope that higher education advocates and college presidents can take their research to state legislatures to combat state disinvestment in higher education.

In the report, they also make recommendations at the state and federal level to make college more affordable, like ensuring free college programs account for costs outside tuition and putting state and federal dollars toward need-based aid.

On a national scale, Del Pilar wants to see the Pell Grant doubled to close college affordability gaps for the most low-income students. The budget plan released by Congress this week increased the Pell Grant by $150, but it’s not enough, he said. “We’re just tinkering around the edges.”

Victoria Jackson, senior policy analyst at The Education Trust, pointed out that in 2018, the Pell Grant covered less than 30% of the full price of a full-time public four-year college. In 1975, it covered 79% of those costs.

In addition to increasing the Pell Grant, the report’s authors also hope Congress will soon reauthorize the Higher Education Act, the legislation that governs federal policy on higher education to address the issue of college affordability head-on.

“In order to impact higher education in a significant way, we’re going to have to do a major overhaul of the Higher Education Act,” Del Pilar said. “These small, incremental changes have very little impact.”