President Donald J. Trump issued an executive order last week intended to combat campus anti-Semitism. But it was divisive in the American Jewish community and met with mixed reactions among Jewish studies and Israel studies faculty.

The executive order reasserts that Jews are protected under Title VI of the Civil Rights Act, which means a university could lose federal funding for allowing discrimination against them. 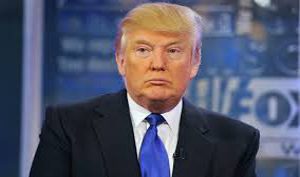 Many celebrated the decision, which came amidst a swell of anti-Semitic incidents, on campuses and across the country. The executive order followed a shooting at a kosher grocery store in New Jersey and a number of incidents at Syracuse University, including a threatening email sent to a Jewish faculty member and swastikas found on campus. An FBI report found that 56.9% of anti-religious hate crimes were motivated by anti-Semitism in 2018. And according to a survey by the Anti-Defamation League, an organization focused on anti-Semitism, there were 204 anti-Semitic incidents on college campuses in 2017, an 89% increase from the previous year.

“In a climate of rising anti-Semitism, this Executive Order provides valuable guidance on anti-Semitism, giving law enforcement and campus officials an important additional tool to help identify and fight this pernicious hate,” said Anti-Defamation League CEO Jonathan A. Greenblatt in a statement. “It also reaffirms protection of Jews under Title VI without infringing on First Amendment rights. These are all important steps forward.”

But there’s debate over the definition of anti-Semitism the executive order uses, a definition adopted by the International Holocaust Remembrance Alliance and the U.S. State Department. Among other things, it includes “denying the Jewish people their right to self-determination” – and calling “the existence of a State of Israel” a “racist endeavor” – as a type of anti-Semitism.

The definition was originally drafted as a broad reference to track anti-Semitic incidents, not as a legal framework, and the executive order tells the Department of Education to “consider” this “non-legally binding working definition” in Title VI charges.

Still, faculty like Northeastern University Israel Studies Professor Dr. Dov Waxman worry the definition is too broad and may have a “chilling effect” on campus conversations around Israel.

Waxman, the Stotsky Professor of Jewish Historical and Cultural Studies, called the executive order a “very blunt instrument” to address anti-Semitism and a “worrying development” in an ongoing attempt to equate anti-Zionist speech with anti-Semitism to limit its expression on campus.

While he thinks pro-Palestinian activists are the primary targets of the executive order, he’s also concerned for Jewish studies faculty who do research related to Israel.

As a Jewish faculty member and as a professor of Israel studies, “I have a very specific concern about ensuring that both inside and outside the classroom, discussions and debates about Israel and Zionism can take place, whether they’re among faculty or among students,” he said.

He’s afraid administrators, faculty and students will hesitate to engage in “the academic enterprise” when it comes to Israel if critical perspectives on Zionism are considered anti-Semitism by the Department of Education. For example, if Waxman puts together a panel discussion on Israeli politics – and includes a speaker who critiques Israel or Zionism – he or his center could come under scrutiny, he said.

Temple University Jewish Studies Professor Dr. Lila Corwin Berman, director of the Feinstein Center for American Jewish History, stressed that the executive order is an issue of academic freedom. She pointed out that there are already online blacklists of faculty and students deemed too critical of Israel, some of them Jewish themselves, by the likes of Canary Mission, an organization which monitors anti-Zionist activity on college campuses.

But defining anti-Semitism in a “nebulous” way seems like an “inappropriate place for government to pretend it’s fighting racism and discrimination,” she said. “The definition itself, if it were a student paper trying to define anti-Semitism, I’d give it a poor grade.”

Even though Title VI doesn’t include religious discrimination, under the Obama administration, it was understood to mean that Jews, Muslims and Sikhs fall under the Civil Rights Act when “discrimination is based on the group’s actual or perceived shared ancestry or ethnic characteristics.” So, no real changes have been made to defend Jewish students’ Title VI protection, aside from the definition.

“I think there are other ways to think about when anti-Israel speech is legitimately anti-Semitism, and I don’t think this definition, or deploying it, is the way to do it,” she said.

Waxman pointed out that Jewish students who identify with Zionism do report feeling “intimidated” or “excluded from progressive causes” on campuses – and that needs to be taken seriously. But he thinks the solution is more dialogue on campus, not less.

“On both sides, there needs to be more education, more conversation, more empathy, more listening,” he said. “And this [executive order] doesn’t do any of those things.”