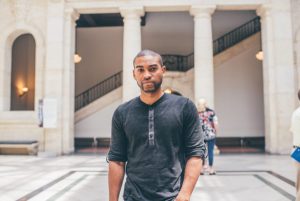 Portraits depicting campus workers will be displayed on Princeton University’s campus in order to represent the working class and highlight racial struggle, according to CNN.

The artist Mario Moore painted 10 workers at Princeton including those working in campus dining, grounds maintenance, security and facilities. With his subjects being mostly African-Americans, Moore was inspired by Black families who have historically struggled to find job opportunities and earn equal pay, CNN reported.

This June, after finishing the Hodder Fellowship program through Princeton’s Lewis Center for the Arts, Moore’s paintings were shown at the school’s exhibition from September to November and later bought by the Princeton University Art Museum.