A new report from the Georgetown University Center on Education and the Workforce (CEW) examines how the degrees that liberal arts colleges confer have substantial returns on investment (ROI) in the long-term. The report, “ROI of Liberal Arts Colleges: Value Adds Up Over Time,” notes that at a time when the value of liberal arts education is being called into question, it’s important to see the actual monetary return when projected out over several decades.

The report begins with the fact that today, more college students are opting for undergraduate degrees with direct connections to the job market. When the ROI of recent graduates are compared, those who graduated from job-specific programs outperform those who pursued courses of study at a liberal arts college. But when compared 40 years down the line, the median ROI for liberal arts colleges significantly outperforms the median ROI of all colleges. 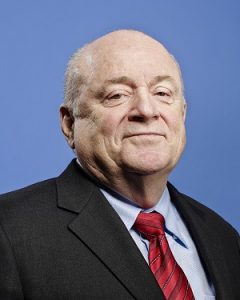 The report focuses on colleges that primarily offer bachelor’s degrees. It does not include universities known for strong liberal arts curricula. Utilizing data from the U.S. Department of Education’s College Scorecard released in May 2019, researchers found that 40 years after enrollment, students at 210 liberal arts colleges (institutions defined by the Carnegie Classification system as Baccalaureate Colleges: Arts & Sciences Focus) see a median ROI of $918,000, compared to the median ROI of all colleges, which is $723,000. ROI was measured using the net present value (NPV).

“What we know in the data, and it’s coming out over and over again in the last decade, is that combination of training that is your major in a particular area and general education…has the highest long-term performance,” said Dr. Anthony P. Carnevale, lead report author and CEW director. “At 10 years, it doesn’t look that good. There are heating, ventilation and air conditioning certificates that will outperform a lot of bachelor’s degrees just a couple of years after graduation, but 10 years out the B.A. degree will start to outperform all that. By the time you’re 20 and 30 years out, it substantially outperforms.”

This makes particular sense within the U.S. workforce, said Carnevale, because there is a lot of change in terms of careers and industries and the economy is flexible. Over the course of a lifetime, an individual may have multiple changes of employers and occupations.

Dr. Lynn Pasquerella, president of the Association of American Colleges & Universities, who frequently speaks on the importance of sustaining liberal arts education, concurred with the report’s findings. In an increasingly complex and globally interdependent world where there is rapid change, Pasquerella said graduates of such institutions have adaptability, flexibility and are able to innovate.

Carnevale said the reason general skill is valuable tracks back to changes in the economy that began in 1983 when technology began to rapidly automate repetitive tasks and activities.

The report notes that majors matter, and colleges with a high concentration of STEM (science, technology, engineering and mathematics) majors tend to perform extremely well. Geography also plays a factor, with colleges in the Northeast and Mid-Atlantic showing higher ROIs.

“One of the reasons that the earnings turn out as well as it does is those [more selective] schools spend more per student,” said Carnevale. “Almost all of them spend more on the student than the student pays. [At] lower income schools, which are often lower priced, there’s much less spending because those schools don’t have access to huge endowments.

“Secondly, in the successful liberal arts and sciences schools, you have a student population who has had educational advantages since the day they were born,” he continued. “There are schools that have much higher spending on student services. All the benefits of class and race end up concentrated in certain institutions in American higher education.”

Carnevale said higher education is becoming an institutional barrier that promotes the intergenerational reproduction of race and class advantage. Disadvantages are projected into the labor market.

Carnevale projected that in the next few years there is going to be a lot of data on institutional performance. CEW will look at the student population, calculate the expected completion rate and then compare it to the actual completion rate.

“If the actual completion rate is higher, then that’s a high performing school,” he said. “Four-year schools that aren’t selective are going to be in trouble.” Pasquerella noted the report’s focus on economic segregation in higher education. She called upon those who work in liberal arts institutions and those who research higher education to share stories of things such as the ROI in a compelling manner. It’s also crucial to note, she said, that employers today need diverse teams to address complex problems.

“This is essential for our democracy today to make sure that we’re not looking at issues through the siloed lens of our disciplines, but we’re looking at knowledge across disciplines and applying that in real world settings to grapple with the most fundamental questions of human existence,” said Pasquerella.

To survive, Carnevale said less selective schools are straying from the liberal arts model that is shown to have value over a lifetime to job-related curriculum.

“Narrow technical training might get one a job immediately, but with rapidly changing technology, there’s rapid obsolescence,” said Pasquerella. “A liberal arts education prepares you for lifelong learning and becoming proactive in seeking the knowledge you need to advance in the workforce no matter what changes are brought about.

“We know that if you are in an elite private institution, you have more networking opportunities and greater safety nets so that you can take an unpaid internship as an undergraduate,” she added. “We need to look at why there’s a lower ROI for institutions that are less financially resourced…and address those issues.”