Higher education institutions’ historically racist admission policies have led to underrepresentation of Black and Latino students and the only way colleges and universities can remedy that is through race-conscious policies, says a report published Wednesday by The Education Trust.

By design, race-conscious policies will increase higher education access and provide much-needed support to students of color, the report adds.

The report, “Hard Truths: Why Only Race-Conscious Policies Can Fix Racism in Higher Education,” urges education equity advocates to proactively work for change. It also provides guidelines and tools to empower minority students in an atmosphere where racial inequalities have grown due to the elimination of race-conscious policies. 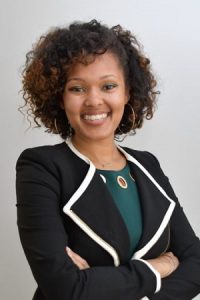 “[The] first step in some places is removing barriers so that institutional leaders are motivated and interested in enacting race-conscious policies and feel safe to do so,” says Dr. Tiffany Jones, co-author of the report and senior director of higher education policy at The Education Trust.

Jones is referring to the ban on affirmative action in eight states.

“Step one involves removing those bans so that institutional leaders feel they can create programs, initiatives, scholarships and other strategies that mention race without feeling a program might be in violation of a state ban,” she says.

Colleges and universities shouldn’t be overly reliant on traditional measures of merit, such as standardized test scores, and archaic parameters like income cutoff points, says the report. The use of disaggregated data helps develop more holistic admissions policies.

“… that’s the first step in identifying problems … and understanding what disparities might exist by race,” said Jones.

For instance, income alone isn’t a determining factor in the kinds of universities and colleges students of color are admitted to. As the report notes, Black students enroll in less selective colleges than White students of the same family income. Black students also have lower completion rates and higher student loan default rates.

“If you’re creating a strategy, initiative, program or policy that is trying to target students in need, and you make decisions about what students may need based on an income cutoff alone, you’ll miss all of these differences and perhaps leave out a lot of Black students who are in crisis and would benefit from such a strategy,” says Jones.

Approximating conditions and experiences that Black and Brown students face by way of their socioeconomic status will always be limited, agree other experts.

“Socioeconomic disparities or characteristics are only rough approximations of the unique lived experiences of Black and Brown students,” says Dr. Francis Pearman, assistant professor in the Graduate School of Education at Stanford University. 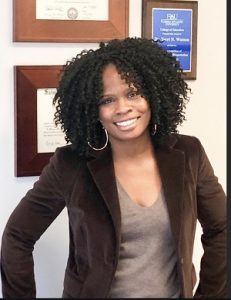 “Those are the types of realities that can only be captured by way of policies, practices and procedures that acknowledge and foreground the role and reality of race in not only the students’ lives, but also campus life in general,” adds Pearman.

Disaggregated data enables conversations that can lead to meaningful curriculum redesign, faculty development and creation of a reward structure where faculty and staff are rewarded for innovative ideas.

Students of color face explicit discrimination, yes, but also implicit biases that are less apparent. They need a sense of community to support their academic endeavors. And this is where diverse faculty and staff can play a big role.

In fact, institutions with diverse faculty are already doing a better job in recruiting and retaining students of color says Jones.

Black faculty must not only be hired, they must be valued and retained, because they can create a sense of community in which Black students can flourish, says Dr. Terri Watson, associate professor of educational leadership in the School of Education at City College of New York.

“Look at institutions that are doing it right. We have to highlight the success and what it means when you bring in dynamic faculty, particularly at predominantly White institutions. Use them as a beacon and even offer workshops for other institutions as to how to do this kind of work that…celebrates and appreciates Black impact,” says Watson.

Colleges and universities need to do more than just increase the enrollment of students of color. They need to consciously create policies that build “healthy racial climates,” says Jones.

“Race has to be talked about explicitly in the design and in the efforts to evaluate how well those things are working,” she says.

If the historical facts of racism aren’t pointed out, they’re doomed to be repeated, says Watson.

“Until we actively, intentionally and clearly address race and the systemic function of both race and racism, we’ll always be at the starting point, meaning the policies are ineffective before they are even enacted,” she adds.