How Can We Close the STEM Gender Gap Before Another Century Passes? - Higher Education

How Can We Close the STEM Gender Gap Before Another Century Passes?

As we head into a new decade, we are tasked with preparing engineers and computer scientists to lead a transforming workforce.

In just five years, the workforce will require an additional 65,000 engineers. By 2028, we will need 593,900 new computer scientists. And by 2030, an Institute for the Future study estimates that 85% of today’s learners will occupy jobs that don’t even exist yet. These future jobs will be in the emerging areas of artificial intelligence, smart cities and autonomous vehicles.

How then do we fill such large numbers of higher-skilled engineering and technology workforce? It must be by widening the pipeline to include people from backgrounds traditionally underrepresented in STEM fields – women and minorities.

We face the reality that women make up less than a fourth of the technology workforce, less than a fifth of computer science majors  — and just 8% of those students intending to major in engineering.

The ratio is even smaller for black and Hispanic women.

Despite decades of concerted efforts to bridge the gender gap in STEM, the gulf continues to widen. This harsh reality was reinforced by a study last year that analyzed nearly 3 million computer science research papers over a 45-year span and declared that we will not realize gender parity in published research this century. This, despite the fact that the computer science field has been shaped by pioneers such as Ada Lovelace, Katherine Johnson and Grace Hopper.

The prognosis is only somewhat less grim in biomedical engineering, where gender parity in published research is seen by as late as 2050. 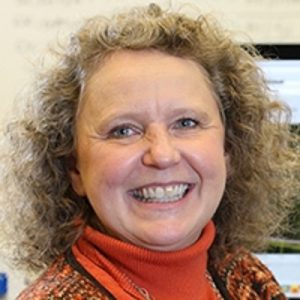 Meanwhile, diversity is a critical factor in producing not only the number of engineers needed for the 21st century workforce, but also in building multifaceted teams with assorted talents, perspectives, experiences and skills. To excel in future jobs, individuals will have to apply critical thinking, creativity, communication and relationship-building skills to new and complex scientific challenges. They will have to leverage the capabilities of big data and machine learning to manage projects that transcend geographies and sectors. This will require them to work in multidisciplinary teams and to prioritize collaboration and disruption.

That makes it even more crucial to tap into a diverse pool. By expanding the national pipeline of engineers and computer scientists, we will not only be better positioned to address the growing array of grand challenges in front of us, we can jumpstart economic growth and innovation across the country.

But how do we fill this gap, and not in a century, but in the next decade? To answer this, we must look to how our schools of engineering, and academia more broadly, are recruiting and shaping the next generation of STEM workers.

The “sink or swim” approach that many institutions cling to is predicated on the misguided belief that the future of the field lies in the hands of that small subset of students who survive their undergraduate engineering program. However, that only elevates students who are fortunate enough to access significant math and science learning experiences before they reach college, many of whom are white or Asian males.

Our institutions of higher education can help realize the potential of tomorrow’s workforce by promoting a “support and succeed” approach. That begins with “bridge” programs for entering engineers to shore up skills such as calculus and chemistry. That will, in turn, ensure all students are on a level playing field when they begin their engineering programs. We can also expand opportunities for non-engineering students to take dedicated, introductory courses in computer science and engineering programs, thus inspiring and creating opportunities for women and minority students who traditionally major in other disciplines.

With that initial interest in place, we can ensure they access hands-on research projects that strive to address important medical, cyber and environmental challenges, building on evidence that women and other traditionally underrepresented groups in STEM fields are often first and foremost seeking opportunities to make a difference.

We also must focus on diversity training and mentoring for undergraduate teaching assistants and faculty, to ensure they have the tools to promote inclusive, collaborative environments that eliminate gender biases. That may even be as simple as giving out assignments and presenting case studies that relate to examples of diverse women who excel in computer science and engineering.

And finally, let’s not forget to build inclusive, supportive communities for our students, so they have access to social-emotional supports that include career advisement, mentorships and psychological counseling.

Here at the University of Virginia School of Engineering, we are leading by example and as a result have bucked the national trend. We have positioned 86 percent of female engineers to graduate from our programs in four years or fewer, more than tripling the national average. And that same distinction holds for Hispanic, Asian, African American, and multiracial engineers.

From the summer before they enter our program to graduation day, we ensure that those underrepresented students most likely to leak from the pipeline have the resources and relationships they need to continue on the path to their degrees and, ultimately, the jobs of the future.

While the support and succeed approach is just a start, it demonstrates how schools of engineering can help every student overcome the lasting barriers their predecessors faced so they can build tomorrow’s workforce.

If we’re successful, for every future Tim Cook, there will be a future Mae Jemison. And we will not have to wait 118 years to realize this vision.

Dr. Pamela M. Norris is Executive Dean of the University of Virginia School of Engineering and the director of UVA CHARGE, a National Science Foundation ADVANCE Program designed to increase the representation of women faculty in STEM fields.