When it comes to researching issues about diversity, equity and inclusion in higher education, Dr. Donald “DJ” Mitchell Jr. has risen to the top of his field with his groundbreaking work on race, gender, identity and intersectionality within higher education contexts.

Since 2017, Mitchell has worked as a professor of higher education leadership and as inaugural chair of the M.Ed. in Higher Education Leadership and Social Justice Program in the Annsley Frazier Thornton School of Education at Bellarmine University, a private Catholic University in Louisville, Kentucky.  He is the co-editor of several books including his 2014 Intersectionality & Higher Education: Research, Theory, & Praxis, which earned an updated second edition published last year. 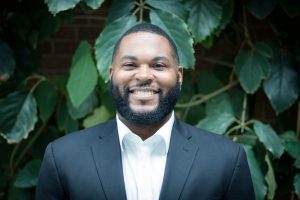 Mitchell’s interest in a career in higher education was honed as a chemistry major during his junior year at Shaw University — a historically Black university in Raleigh, North Carolina — where he was mentored by the school’s former president, Dr. Clarence G. Newsome.

“He mentored me and I just liked what he was doing and I liked his career trajectory and that’s when I decided to go into the academy. I wanted to do what he was doing for college students” says Mitchell, who grew up in Portsmouth, Virginia and later earned a master’s degree in educational leadership from Minnesota State University before completing his Ph.D. in educational policy and administration with a higher education concentration from the University of Minnesota, Twin Cities in 2012.

Prior to joining the faculty at Bellarmine, where he now teaches a variety of courses including “Professional Ethics & Social Justice” and “Multicultural Theory, Competencies and Application,” Mitchell spent five years as an assistant professor of higher education at Grand Valley State University, where he was recommended for early tenure and early promotion to associate professor.

“I consider myself a servant,” he says about his research interests and work on issues relating to diversity, equity and inclusion in higher education. “I’m doing this work to serve marginalized populations and amplify their voices because their voices are oftentimes overlooked or not heard.”

He works to remain current in the field to ensure that his graduate students are prepared to work and lead in a diverse higher education landscape.

“I think we still have a lot of work to do, but I am hopeful because I am teaching future practitioners who are more open minded,” he says, noting the current political climate has proved challenging for higher education in general.

Though a few students have expressed an interest in becoming faculty members, most of his students want to be student affairs practitioners. Either way, Mitchell insists that his students become scholar-practitioners, which is why he prepares them for a steady research regimen.

Mitchell believes in the “power of the framework” of intersectionality and says that he thinks it can be used to improve higher education.

In between teaching two to three classes each semester, Mitchell also has administrative tasks as chair of the Higher Education Leadership and Social Justice Program.

Even he isn’t quite sure how he balances the work with his teaching schedule and robust research agenda. Earlier in his career, he contemplated the idea of becoming a provost but says that, for now, he’s enjoying his time in the classroom.

Still, those who know him and have followed his work surmise that he is well on his way to becoming one of the nation’s most recognized higher education experts.

“DJ is a rising scholar in the field of higher education and is expanding what we know and think about higher education by promoting diversity, equity, inclusivity and social justice through his innovative scholarship, dynamic teaching and dedicated service,” says Dr. Adriel Hilton, dean of students at Seton Hill University.