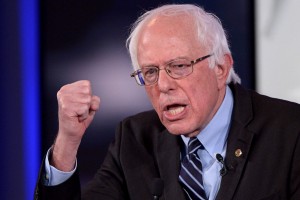 This new piece of legislation would prohibit the National Labor Relations Board (NLRB) from developing a rule that takes away graduate student workers’ right to form a union. The proposed rule would impact around 58,000 graduate assistants, according to Sanders.

For graduate students, collective bargaining rights allows them to argue for wages, benefits and working conditions.

The American Federation of Teachers, Service Employees International Union, United Automobile, Aerospace and Agricultural Implement Workers of America, United Steelworkers and the American Association of University Professors have all endorsed the proposed legislation.

“For far too long, the trend in our higher education system has been going in the wrong direction: longer hours, lower pay, weaker job security and more debt,” said Sanders. “Too many Americans working within this field have to take on two or even three jobs just to get by. Stronger unions and worker protections are a key part of solving this crisis in our colleges and universities.”

Birth of an institution – the Normal School, Tuskegee, Alabama